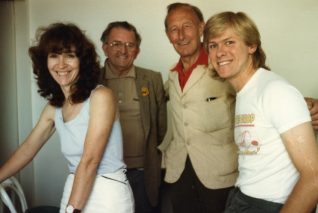 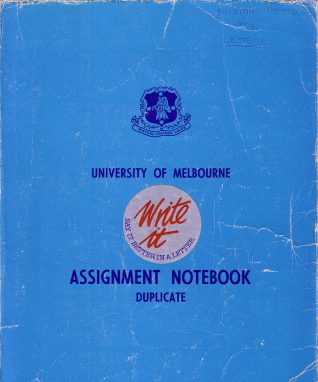 Alistair Thomson arrived in Hove from Australia at the end of September 1983 to start a degree at the University of Sussex. Aged 21, he lived in a house in Brunswick Place, Hove, with six other overseas students.

Alistair Thomson arrived in Hove from Australia, aged 21 at the end of September 1983 to start a one year Masters degree in History at the University of Sussex. He had been previously living and studying in Melbourne.

During the course of his first year in Brighton, he wrote 66 letters home to family and friends in Australia.

Leaning in my favourite place

“I walked to the beach with my tin whistle to play and watch the sun set on the sea. My fingers got too cold to play, but I soon didn’t want to anyway. Leaning in my favourite place, against a wooden sea wall facing west along the beach to the sun, as the few figures in front of me became silhouettes and crowds of shrieking gulls settled in a line on the sea parallel with the beach, I felt very content. Each morning I walk down Brunswick Road to the milk bar for milk and there is the sea, blue and hazy, and the sky is clear and bright.”

Scans of twenty of Alistair Thomson’s letters have been contributed to the Letter in the Attic collection.