You are here: HomenextTopicsnextParishesnextThe 'Hundreds' - an important division of the county

The 'Hundreds' - an important division of the county 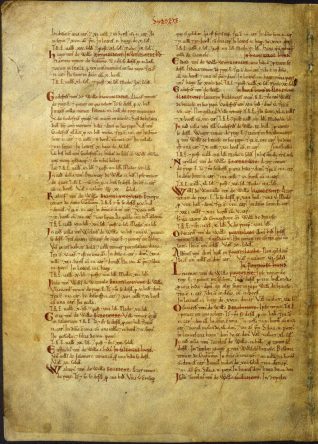 f) HUNDREDS: Another important division of the county, from Saxon times until the nineteenth century, was the ‘hundred’, said to be based originally upon areas containing one hundred families. Hundred courts were held at regular intervals to dispense justice and to raise taxes, and all inhabitants were required annually on Easter Tuesday to attend a ‘court-leet’ where certain appointments and bye-laws were made.
In most instances the hundreds were composed of two or more parishes. In 1086 Brighton was recorded as being in Welesmere Hundred with Ovingdean and Rottingdean ; Falmer and Stanmer were in Falmer Hundred, and Patcham and Preston were included in Preston Hundred. Under Edward I, the Hundred of  ‘Whalesbone’, probably a corruption of the ‘Wellesbourne’ stream, was created including Brighton, Hove , Patcham and West Blatchington ; Falmer , Ovingdean and Rottingdean were united into Younsmere Hundred, while Preston remained a hundred in itself. Several changes occurred throughout the following centuries; Preston and Hove were united into a single hundred in the mid sixteenth century, and Patcham parish alone became the Hundred of Dean in 1724. This left Whalesbone Hundred with the parishes of Brighton and West Blatchington only. Stanmer was an ‘ecclesiastical peculiar’, and was usually counted in the Hundred of Ringmer. Any remaining functions of the hundreds largely died out upon the incorporation of Brighton in 1854.
The most important hundred official was the high constable, who from 1285 was appointed exclusively for the town of Brighton. He was generally chosen by the ‘Society of the Twelve’ in the seventeenth century, but was later appointed by the justices upon the vestry’s recommendation. His duties were numerous, concerned with maintaining law and order and managing parochial affairs with the church-wardens, and for many years the appointment was considered to be an onerous burden; after incorporation in 1854 the duties consisted simply of compiling a jury list, however. The last high constable was James Martin, who was appointed on 10 April 1855 and remained in office for nearly twenty years. The constable’s staff of 1828 may be seen in Brighton Museum , and a list of incumbents exists back to 1589 {6}.
Assistants to the constable known as ‘headboroughs’ were also appointed at the court-leet. From the earliest times Brighton had two headboroughs, a sign that it was always a place of some importance.
{1,6,14,15,162,300}