A haven for bookshops 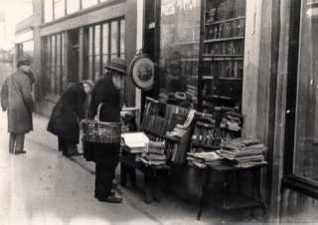 Brighton and Hove used to be a haven for bookshops, not just Bredon’s and Beal’s on East Street, Robinson’s in Bond Street and Combridge’s in Church Road Hove, but second-hand bookshops in profusion!

Both Bredon’s and Combridge’s once had separate second-hand (or “antiquarian”) departments, then there was Sexton’s in Ship Street and Holleyman and Treacher’s in Duke Street. Combridge’s even sold some of Pollock’s toy theatre plays as late as 1960!

The manager of Combridge’s second-hand shop set up his own shop, Lane’s, in Blatchington Road Hove, when Combridge’s closed theirs; he specialised in circus books among others. Today’s selection of such shops is meagre and uninspiring by comparison.