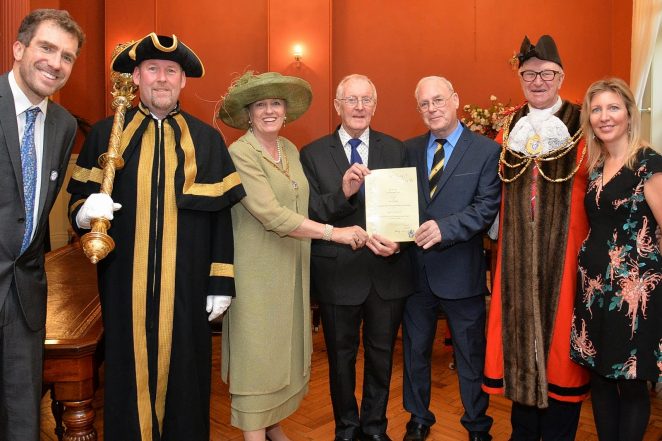 Ian Scott and Ron Williams, with the Mayor and Mayoress, after the ceremony

When Ian Scott and Ron Williams met in 1962, they had no idea that over five decades later they would still be a very happy couple who would legally be allowed to marry. Today, together with nine other same sex couples, they made history in Brighton and Hove by getting married on the first day the law allows.

The Marriage (Same Sex Couples) act came into being in March 2014. At that time there was no provision for couples in existing civil partnerships to be married. Since then, thanks to a robust public campaign by supporters, conversions are now legal.

After the marriage ceremony the happy couples were entertained to a champagne celebration at a local restaurant hosted by the Mayor and Mayoress of Brighton and Hove, Councillor and Mrs Brian Fitch. Here at My Brighton and Hove we wish them all many happy years together. 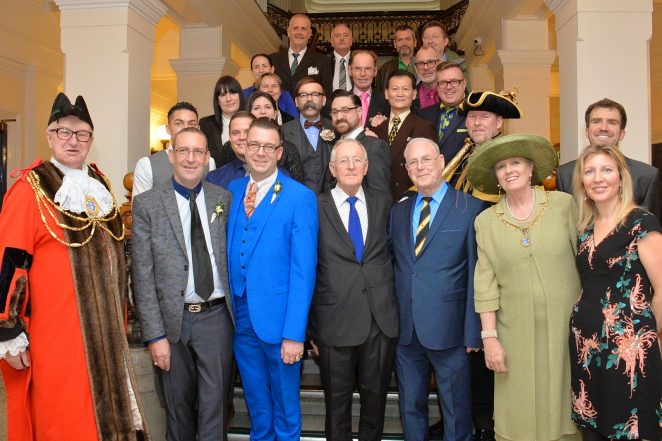 The newly weds after the ceremony