You are here: HomenextTopicsnext1960snextInvasion of the Mods

Invasion of the Mods 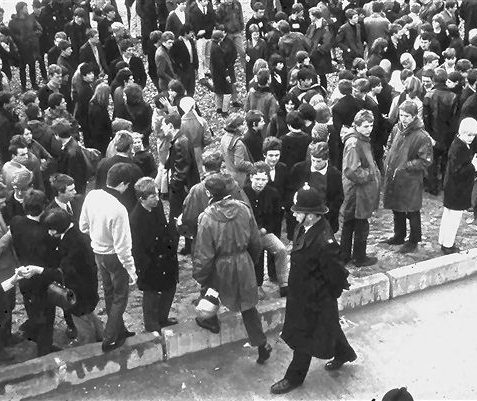 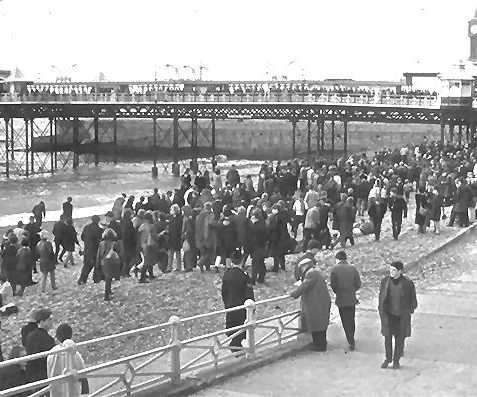 Traipse off to the west.
Photo by Ron Charlton 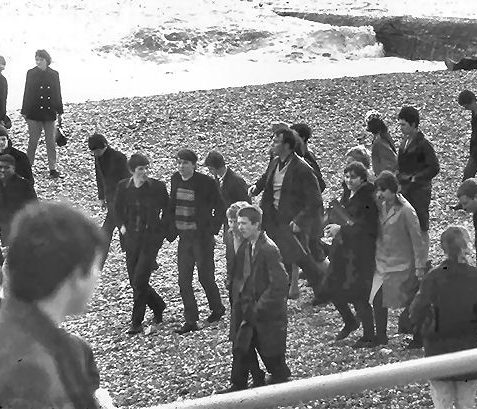 Then back to the east.
Photo by Ron Charlton 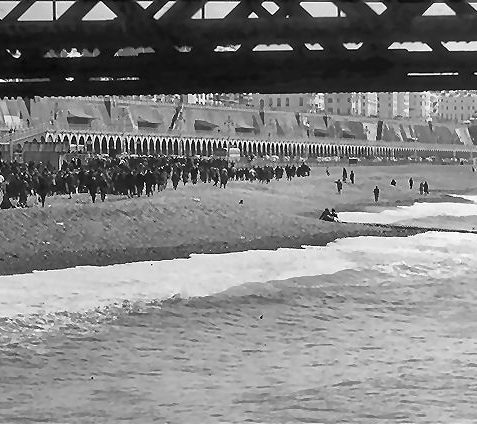 Start of a stampede.
Photo by Ron Charlton

In the sixties Brighton was well known for the regular clashes between ‘Mods’ and ‘Rockers’. At one time the local police came up with a good strategy to keep the warring factions from causing mayhem in the town.

The police had a plan
When the London train arrived and the youths filtered down to the Palace Pier, the police herded them all down onto the shingle and patrolled the lower promenade,to stop them leaving. From time to time, there would be a stampede towards the east end of the beach in an attempt to get off at Dukes Mound. The police were way ahead of them and promptly chased them all back again.

Home on the last London train
This continued until the last London train was due out, when the lads and lasses were allowed to leave. It couldn’t have been much of a day out for the young people, but I wouldn’t mind betting that those youngsters, if they remember it today, think of it as a grand experience.