You are here: HomenextTopicsnextEducationnextSchoolsnextWinston Churchill in Hove 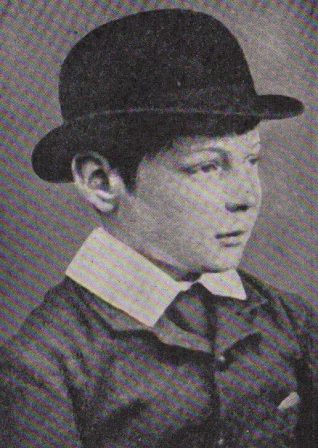 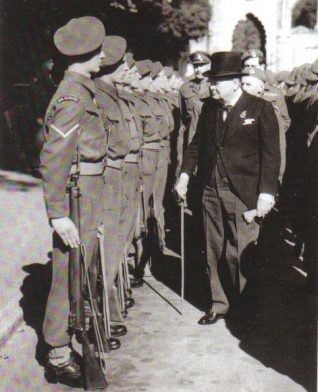 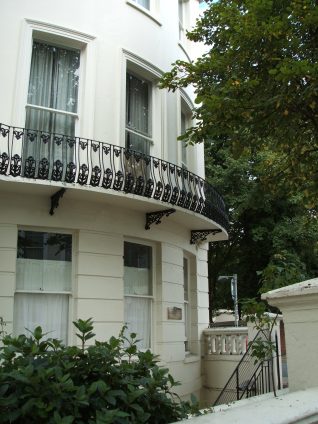 Winston Spencer Churchill, probably the most well known person in English history, once went to school in Brighton. This is what Churchill himself tells us in his book “My Early Life” first published in 1930. However, although close to the truth, Churchill actually went to school in neighbouring Hove.

Born in November 1874
Winston Leonard Spencer Churchill was born on the last day of November 1874, at Blenheim Palace, the ancestral seat of the Dukes of Marlborough. His father, Lord Randolph Churchill, was the third son of the Duke of Marlborough and M.P. for Woodstock in Oxfordshire. His American mother, Jeannette Jerome, had married Randolph in April of that year. Winston had been born two months prematurely seven months after the marriage.

A childhood in boarding schools
Winston spent much of his childhood at boarding schools and initially he went to St George’s private school in Ascot. His rebellious nature clashed with the strict disciplinary regime at St. George’s where he spent an unhappy time. Flogging with the birch was a part of the curriculum, and Winston got his fair share! It was probably for this reason, together with his parents’ concern that he was a frail child, that a change of school was decided.

His preparatory school in Brunswick Road
The preparatory school chosen by his parents was in Hove, at numbers 29 – 30 Brunswick Road, on the corner of Lansdowne Road. The reason for this choice was that the family doctor, Robson Roose, practised in the town. His recommendation was that the “fresh sea air” would be good for the delicate young Winston. The school was run in a very different manner by two sisters, Kate and Charlotte Thomson. Winston was shown kindness and sympathy, lacking at the earlier school. He was taught there between 1883 and 1885, although some records show it as between 1884 and 1887.

On the outskirts of the town
At this time Lansdowne Road was the northern boundary of the Brunswick area. Churchill’s school was virtually on the outskirts of town, with open land to the north. St Ann’s Wells Gardens, yet to be opened as a public park, was called the Wick or Chalybeate. This was a wooded area with a medicinal spring, owned by Sir Julian Goldsmid. Did Churchill play here or even drink the spring water?

Winston’s favourable memories of Hove
Winston’s memories of the school in Hove were more favourable than the earlier school, “I was allowed to learn things which interested me: French, history, and lots of poetry by heart, and above all riding and swimming.” Did he go horse riding on open land close by, and swim from the beaches of Hove, just down from the school?

The naughtiest small boy in the world!
Miss Eva Moore, the actress, was dancing mistress at the school. She thought he was the naughtiest small boy in the world! The school often went to the church service held at the Chapel Royal in North Street. Winston had acquired “low church principles” from his nurse Mrs Everest. His behaviour during service was not as one would expect of a well brought up young man. No punishment was inflicted on young Winston, however the Thomson sisters were able to show him the error of his ways, by other means, which had a more positive effect!

Survived childhood pneumonia
It was just as well that the school in Hove, close to Doctor Roose, was chosen. Shortly after settling in at the school Winston caught pneumonia. For five days he clung to life, many others not so fortunate would have died from the ailment. The faithful Doctor Roose barely left his side. Winston came close to death but with the caring doctor’s attention he eventually pulled through!

Aged 13, Winston moved from the Hove school, not to Eton as expected, but to Harrow-on-the-Hill.

Given the freedom of the borough in 1947
Although Winston probably had no deeper affiliation with Brighton than many other towns across the country, he did visit Brighton a number of times during his long career. During the war he came down to inspect the defences. No one knew of his visit but he was quickly spotted and a large enthusiastic crowed soon gathered. Following the War he visited the town in October 1947 for the Conservative Party Conference which was then held at the Dome. The day before he addressed the Party at the Dome he was at the Royal Pavilion, where he received the Freedom of the Borough of Brighton. In the 1950s his health was deteriorating and he visited the town for the last time in 1952 for a visit to Brighton Races.

Winston Churchill died on 24th January 1965. However his name lives on in Brighton as Churchill Square, the town’s main shopping centre, which is named after him.