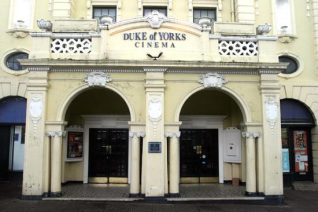 zoom
Duke of York's - one venue for this year's French Film Week
Image courtesy of www.imagesbrighton.com

For the second year running, Brighton played host to French Film Week this March. Born out of the love for French cinema of a small group of Brighton cinephiles, the festival was bigger and brighter this year. UK premieres of ‘A Toute De Suite’ and ‘Errance’ showed that Brighton’s film festival was hoping to put itself firmly on the cultural map.

Joie de vivre in Brighton
Showcasing French cinema in a city like Brighton may not seem like a difficult task. It is perhaps surprising then, given the strong links between Brighton and its twin town Dieppe, that the French film week is only in its second year.

Financed through the Intereg III European initiative, the festival is more than just a celebration of the art of cinema. It is part of an ongoing programme of links with the Nord-Pas de Calais and Somme regions of France. The programme includes school exchange visits and an annual British Film week, which took place in Abbeville in January this year.

The festival takes place at several venues in Brighton, focusing mainly on the Duke of York’s. Screenings are also taking place at Hove Town Hall, and there is also an exhibition of French and British art at the Brighton Fringe Basement in Kensington Street.

A personal passion
I’ve had a longstanding interest in French cinema, kindled by the year I spent studying in France. Cinema is revered as a true art form there; in fact, it’s known as ‘le septieme art’ (the 7th art). I like the more intimate nature of French films. You might occasionally see a French blockbuster succeed world-wide, but it’s usually far removed from Hollywood.

The opportunity to see films premiered here in Brighton, rather than in London, is fantastic, and I hope that the French Film Week continues to expand next year. It’s great to see the Duke of York’s getting involved and the inclusion of the ‘Salon de Nuit’ cabaret and film night. It’s a shame that the festival wasn’t better publicised though. There are a number of French people and French cinephiles who could have made the event even more of a success.

This page is part of an ongoing project on cinema and its role in the Brighton and Hove community. Please come back and check for updates; as a volunteer for the My Brighton and Hove interviewers’ group, I hope you enjoy what you read.