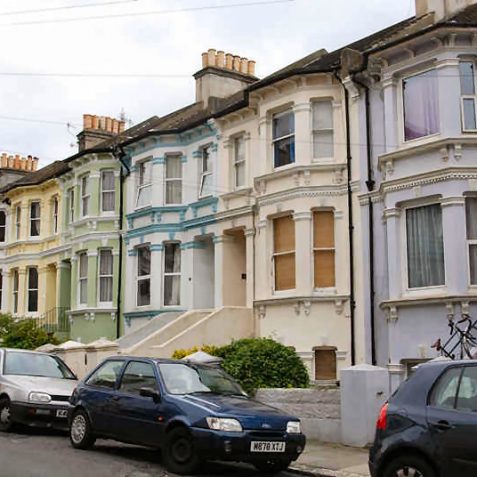 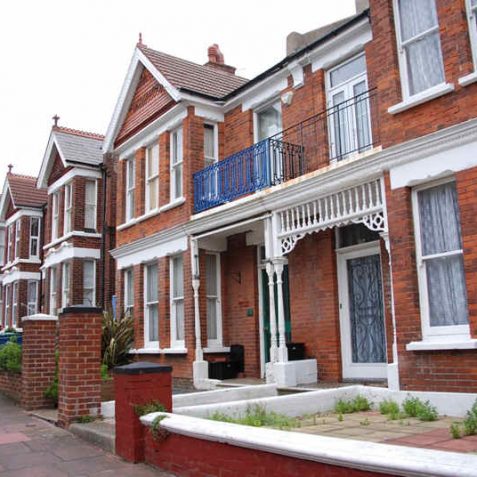 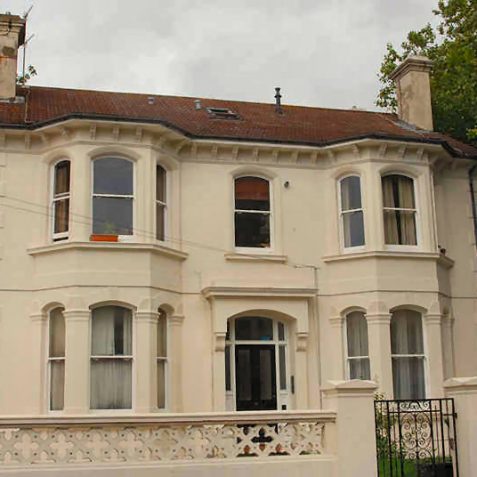 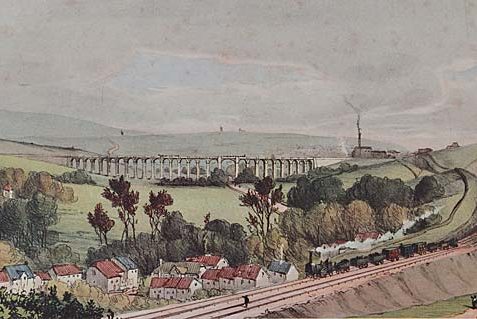 The print well conveys the way the railway destroyed the order and tranquillity of the countryside by the 'invasion of land'. The train thundering through the still rural village of Preston forms a poignant juxtaposition of past and future.
Reproduced courtesy of Royal Pavilion, & Museums, Brighton & Hove

a) HISTORY: Now a large suburb, Preston was once just a small village about 1.5 miles north-north-west of Brighton. At the time of the Domesday survey in 1086 the manor was held by the Bishop of Chichester, and a church and a mill, probably a cattle-mill or water-mill, were also recorded {18,282}; the population was less than fifty. The name is Anglo-Saxon, meaning ‘priest’s farmstead’, and the village was often called ‘Preston Episcopi’ to distinguish it from similarly named settlements. The Archbishop of Canterbury himself stayed at Preston in 1230. {1}
The village was a favourite resort in the late eighteenth and early nineteenth centuries, an easy horse-ride from Brighton, and the tea gardens between Middle Road and North Road were an attraction for excursionists by 1770 until about 1815. By 1801 the population was 222.
The first Victorian developments in Preston came in the 1860s with the Prestonville (q.v.) and Clermont (see below) estates of middle-class and artisan housing. However, most of the parish formed part of the manorial estate of the Stanford family which was also sold off for development from the mid 1860s. The Stanford estate was developed with strict planning controls, and consequently remains an area of high quality housing. By 1885 a number of villa residences had been erected along the western side of Preston Road , in Stanford Avenue, and in Springfield Road, while a large area of middle-class terracing had been developed around Ditchling Rise and the area to the south now known as the St Saviour’s district. By 1900 the large, attractive, residential area between Preston Park and Ditchling Road had been built, mostly in red brick and stucco , and within another ten years most of the parish had been developed including estates at Hollingdean , Tivoli Crescent, and at the area around Coombe Road known as East Preston; by 1921 the population of Preston had grown to 31,440. Only the eastern side of the Hollingdean estate has been developed since the Second World War. {45a,83}