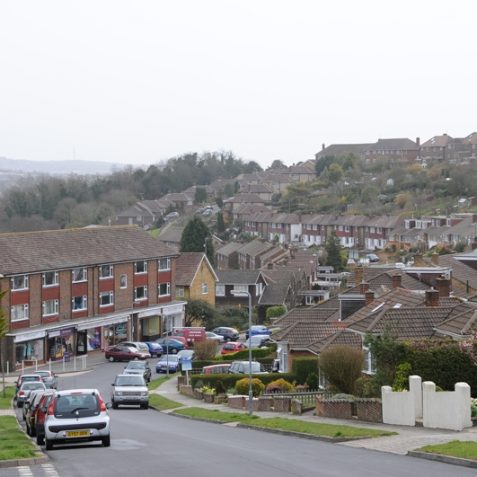 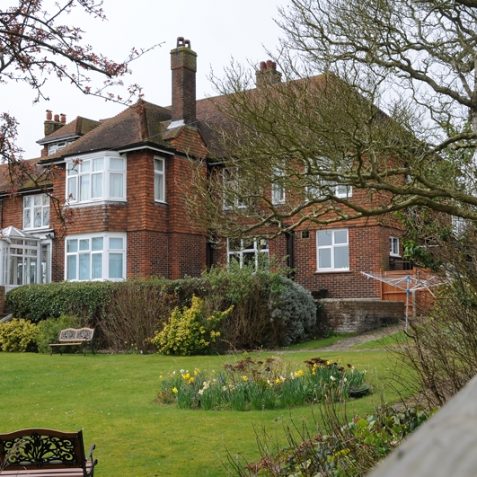 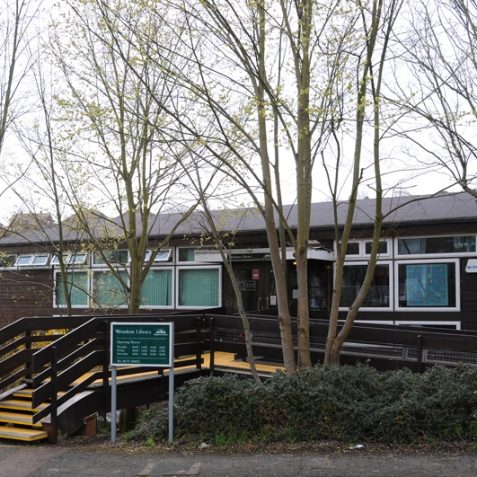 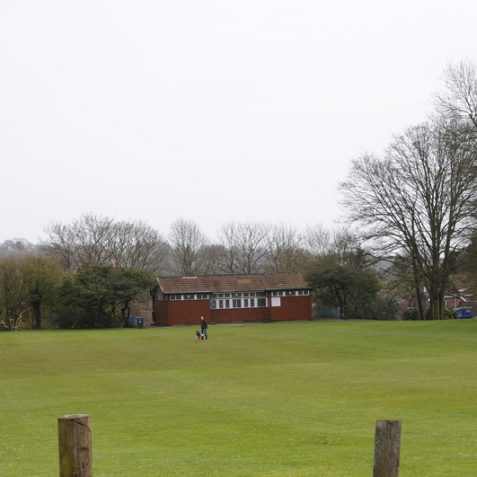 This housing estate, centred around Mill Rise, Bankside and Barn Rise, was developed principally in the 1950s on the slopes of Coney Hill and Red Hill, although there was some development in the Barn Rise and Eldred Avenue areas in the 1930s. Westdene Woods occupy over eight acres between Eldred Avenue and Fairview Rise, and were acquired by the corporation in May 1939. Westdene Library was opened on 13 March 1964 by the mayor, Stanley Deason, while the Church Hall of the Ascension in Mill Rise was designed by John Wells-Thorpe and dedicated in February 1958 in connection with All Saints’ Church, Patcham. Coppercliff in Redhill Drive, the former home of the Braybon family that developed much of the area, became a cancer hospice in 1965. {83,123,126}
At the lower end of the greensward enclosed by Barn Rise and Dene Vale is an old flint wall surrounding a children’s play area, all that remains of a former farmyard which was demolished in the late 1950s. Newmans Barn, which stood adjacently, probably dated from the late eighteenth century but was removed in the early 1960s. Bowling-greens were then laid out following meetings with residents, but they proved a failure and were removed although the wooden pavilion remains {126}.