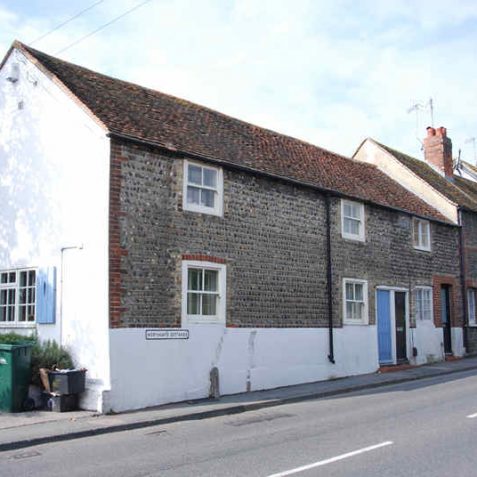 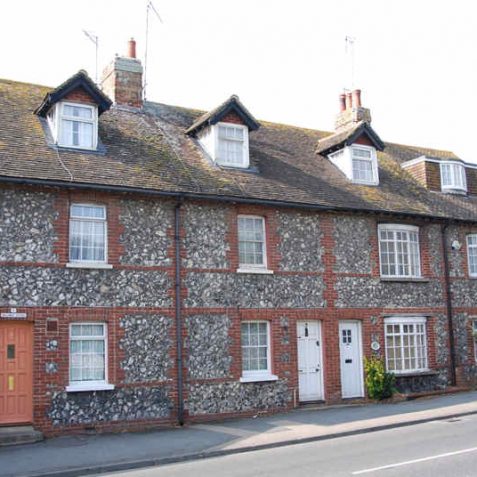 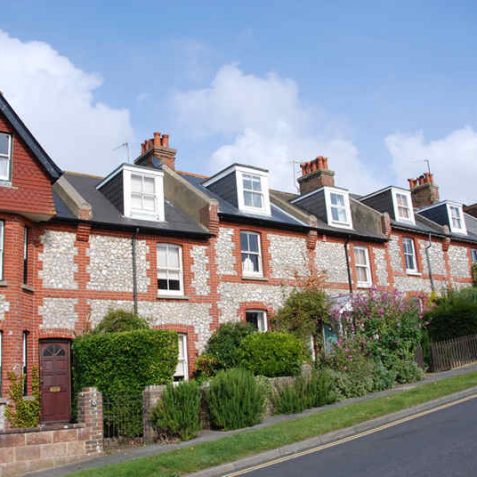 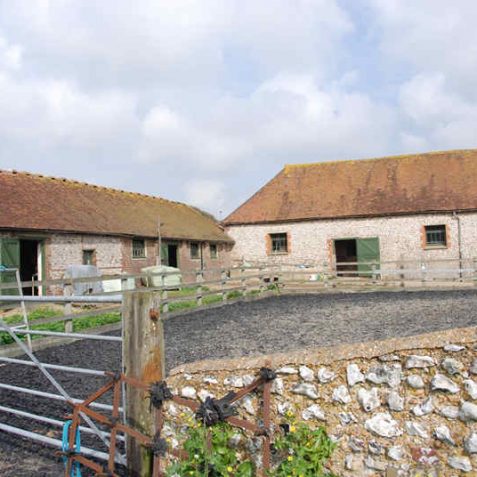 z) FALMER ROAD: Opened as a coaching road from Falmer to Rottingdean in 1822. The first group of houses on the western side are Northgate Cottages, small, cobble-fronted, listed houses of the eighteenth century with an addition of 1881. The adjacent Challoners Cottages are a group of four, late-nineteenth-century, knapped-flint and red-brick houses.
Falmer Road then continues past The Rotyngs, the site of Rottingdean School from 1893 until 1962, towards Woodingdean . It passes Court Ord Cottages at Meadow Close, a group of late-nineteenth-century knapped-flint and red-brick houses, and also the New Barn, an eighteenth-century listed building with an adjoining stable, both in knapped flint. New Barn actually stood within the former parish of Ovingdean , as did Rottingdean Place. This development was originally erected as St Mary’s Home for Female Penitents (i.e. ex-prostitutes) by F.T.Cawthorn in 1912. It later became old people’s home, but closed in 1977 and was used as an international school until 1980. It was then taken by the Scientology sect, but was converted in 1984-7 into flats. (For full details on St Mary’s Home see “Queen Square”.)