You are here: HomenextTopicsnextHousingnextSlumsnextAs bad as any in London

As bad as any in London 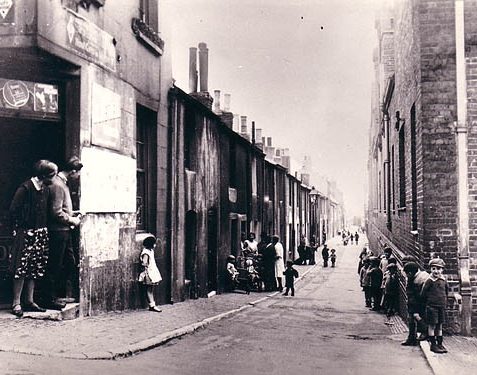 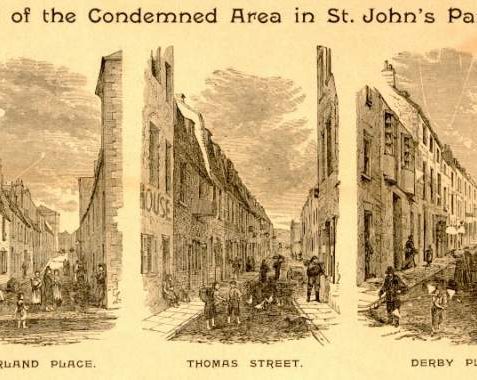 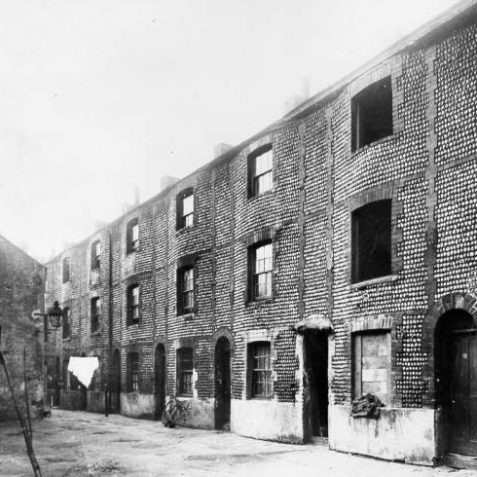 Flint and Cobble Buildings , c. 1910; A row of houses in the Carlton Hill area, built in c.1790 of flint and cobble-stones. These were probably demolished in the 1930s as part of Brighton Borough Council's ambitious slum-clearance programme.
Image reproduced with kind permission from Brighton and Hove in Pictures by Brighton and Hove City Council 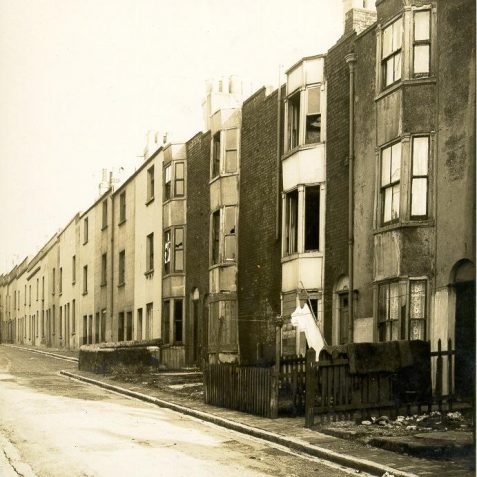 Poor and overcrowded accommodation
From a private collection

c) HOUSING: Brighton has always been a town of contrasts, and nowhere has this been more apparent than in the difference in the housing between the fashionable crescents, squares and terraces of the sea-front and central valleys, and the back-street terraces of the adjacent hillsides; physically close, but worlds apart in the conditions to be found there.
The Old Town naturally became densely populated and was infilled with small, squalid courtyards, but as the town grew outside its ancient limits in the early nineteenth century large areas of low quality housing were erected behind the fashionable terraces, particularly on the slopes of Albion Hill around Carlton Hill , Edward Street and Sussex Street ; in the Russell Street area; and off Church Street . These slums were as bad as any to be found in London or the industrial north, although perhaps on a smaller scale. In 1849 the General Board of Health’s inspector Edward Cresy made a detailed report on the town’s sanitation with regard to the adoption of the Public Health Act. He observed that open cesspits near drinking wells were common, that the few sewers that had been built often ran above basement level, and that many families were crowded into tenements lining tiny streets and courtyards in these areas; consequently, the health of the poor was generally in a terrible state. His recommendations included the universal use of sewers for removal of privy waste, the provision of a universal pure water supply, the regulation of slaughterhouses, and the provision of an out-of-town cemetery. Another report by Dr William Kebbell in 1848 had painted a similar picture of the town’s poorer districts; Kebbell himself was the chairman of the charitable trust which built the Model Dwellings for the Poor in Church Street and Clarence Yard in the 1850s. {2,14,76,284}
The 1860 adoption of the Local Government Act by Brighton Corporation allowed improvements to be made to the sewerage and the other causes for concern. The first slum clearances were made for the construction of Queen’s Road in 1845, when Durham, Petty France and part of Air Street were demolished, but the first specific corporation slum clearances aimed at improving housing conditions were at Pimlico, Pym’s Gardens and Orange Row , which were replaced by Tichborne Street in about 1876. Further clearances and new housing followed at Little St James’s Street (replaced by St James’s Avenue) in 1889; Chesterfield Street, Cumberland Street, Derby Place and Thomas Street (replaced by Blaker and White Streets , inhabitants rehoused in Ewart Street) in 1896; Egremont Street and Spa Street (replaced by Tillstone Street) in 1898; and the most inappropriately named Paradise Street north of Hereford Street in 1926. {2,76,83,115,275a}.