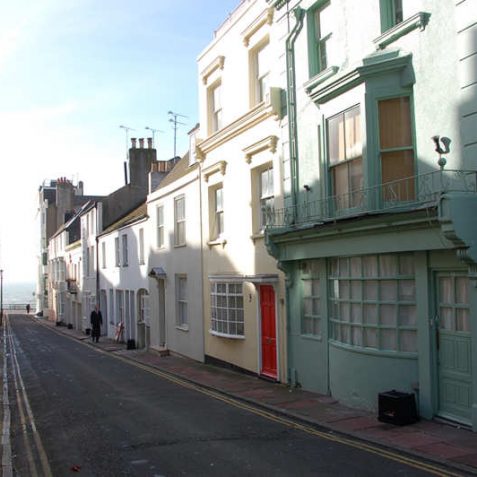 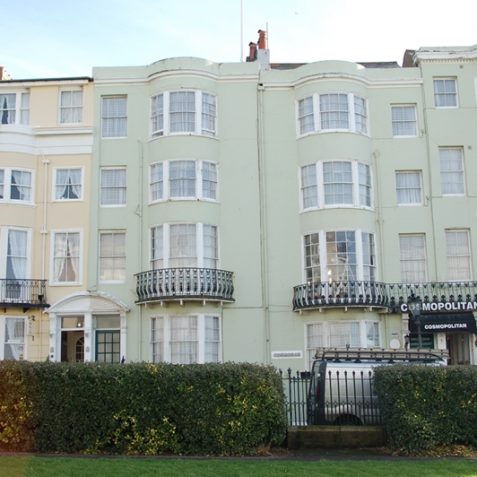 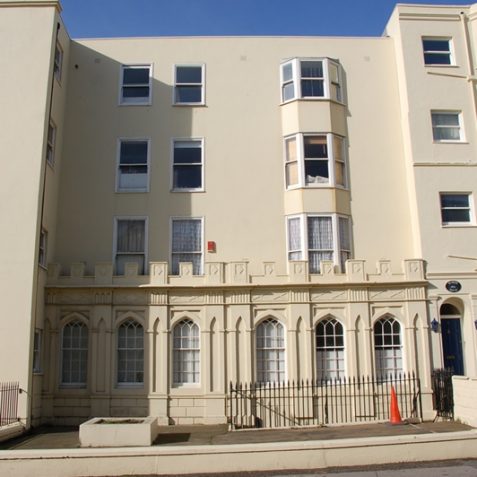 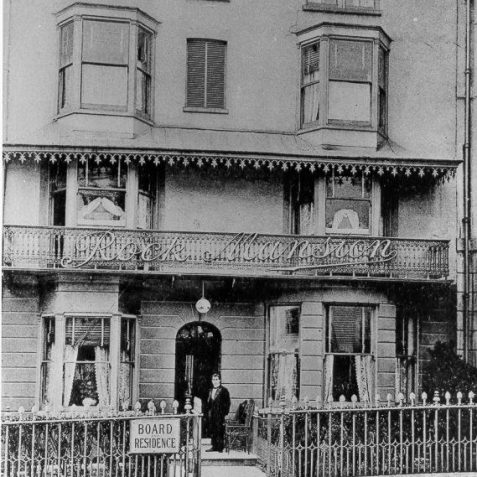 Rock Mansion, c. 1905: This postcard advertised a boarding house run by a Mrs Crockford on Lower Rock Gardens. This street was built as Rock Buildings in the 1790s, but when a communal garden was added, the name changed to reflect this.
Image reproduced with kind permission from Brighton and Hove in Pictures by Brighton and Hove City Council 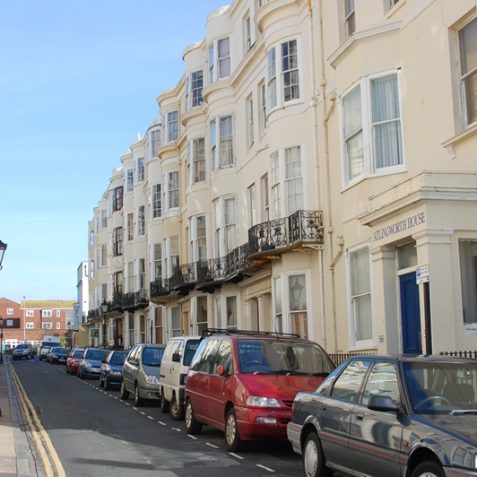 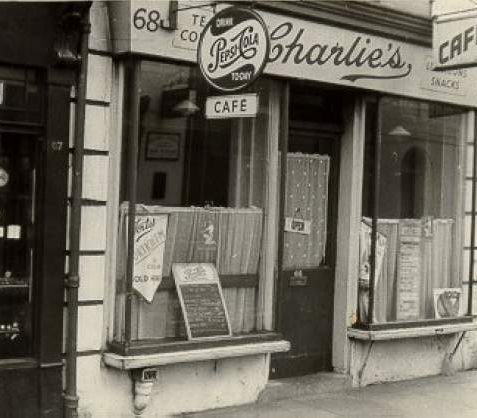 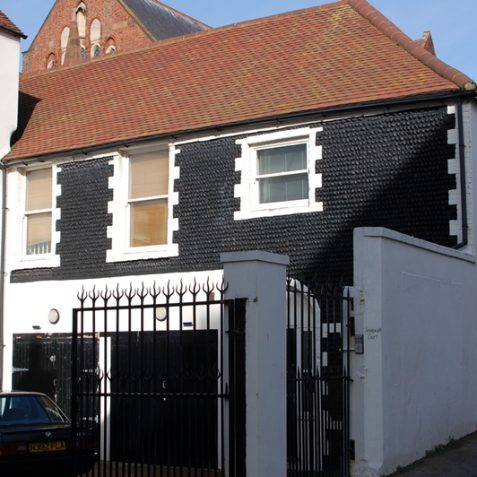 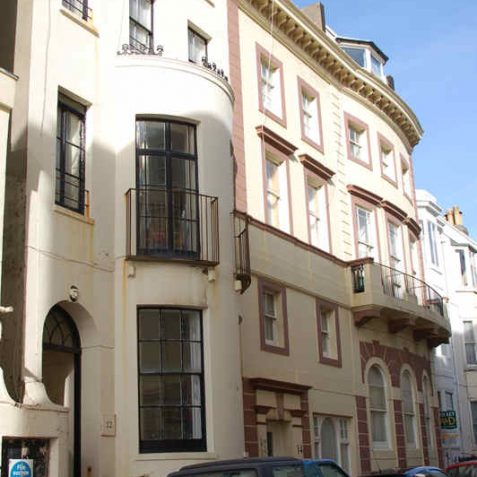 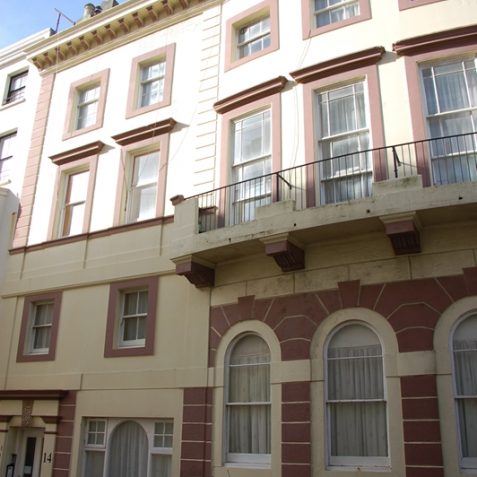 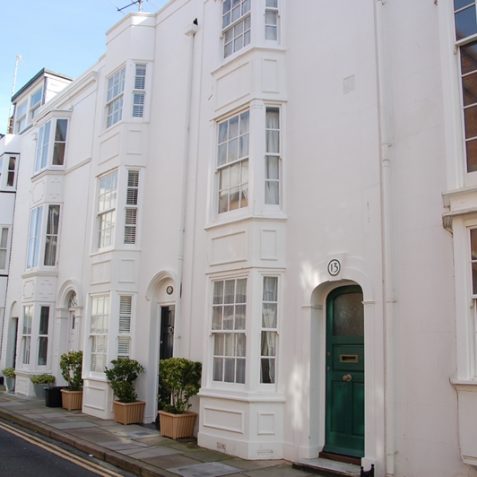 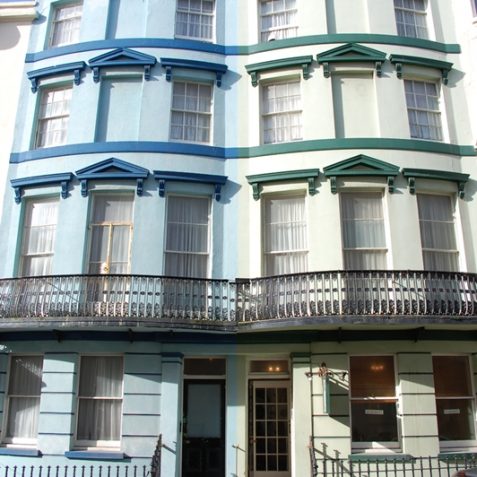 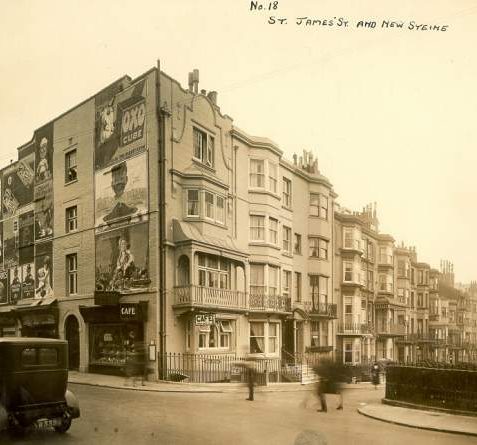 
f) WENTWORTH STREET: Formerly a service road for the houses of New Steine. No.8 is an excellent example of a small cottage faced with cream-coloured mathematical tiles.

g) NEW STEINE: The development of the New Steine in the 1790s led to the original Steine being prefixed ‘Old’ , and its large garden was probably intended to be a similarly fashionable promenade. It is lined with four-storey, balconied houses with bows or angular bays, mostly hotels, but there is no sense of unity despite the use of decorated double doorways. Nos.1, 3, 8, 10-12a, 14, 15, 28, 29 and 31 are listed buildings, mostly with bows; nos.12-14 have fluted Corinthian pilasters. The garden was taken over by the corporation following the 1884 Brighton Improvement Act. Facing the northern side of the New Steine are Devonshire Mansions and New Steine Mansions (originally the New Steine Hotel), which are included on the council’s local list of buildings of special interest. These early-nineteenth-century buildings have been drastically refaced, but were once a symmetric pair adorned with Ionic pilasters. {44,126,306}

h) LOWER ROCK GARDENS: In 1788 Rock House was erected in a fairly isolated position on the East Cliff and named from a large rock on the beach below now submerged in shingle. In the 1790s it was joined by Rock Buildings, a row of houses stretching northwards, and as the development proceeded a garden was laid out along the middle of the road, thus giving it the name of Rock Gardens. The top of the garden was at a level about six feet lower than St James’s Street , but in 1879 the garden was cleared and a gradual slope was introduced. Rock House itself was rebuilt in the 1970s, but some Gothic windows and part of the castellated roof still face eastwards. Most of the remaining houses date from the early nineteenth century and have four storeys with balconies and angular bays. Nos.8-9, with double bow-fronts, are listed buildings while nos.11 and 12 are included on the council’s local list. {2,15,123}

j) ATLINGWORTH STREET: Named after the former manor of Atlingworth, it is lined with four-storey houses with iron balconies. Nos.1-5 and 17-24 are early-nineteenth-century, bow-fronted listed buildings. No.11 retains a humbler facade of flint cobbles and weather-boarding. {16}

k) GRAFTON STREET: Nos.2-4 and 12-13 are early-nineteenth-century listed buildings with narrow bows. The shallow bow-fronted no.14 was probably designed by Charles Barry and is also listed, while nos.6 and 7 are included on the council’s local list for their doorways. {44}

l) WYNDHAM STREET: On the western side, no.1 was built in 1807 and has a good doorway. The adjacent nos.1a-2, in red brick with a central archway, were built in 1866 as a fire station. Now used as flats and a workshop, they are listed buildings. No.5, set back slightly from the road, is a cobble-fronted cottage with a good doorway and is included on the council’s local list, as are nos.7-19 which form an attractive Regency terrace on the eastern side; several are faced with mathematical tiles. Notice the Royal Insurance firemark on no.15. {44}