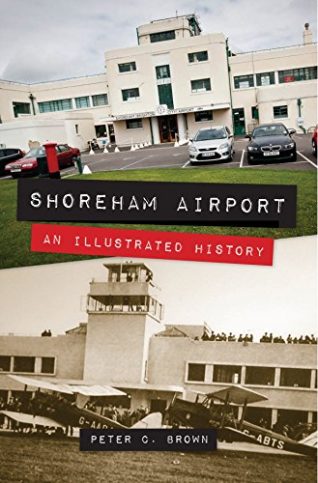 Shoreham is the oldest airport in the UK, aviator Harold Piffard first flying from there in 1910, although the aerodrome only officially opened on 20 June 1911. It served as a base for Alliott Verdon Roe who was the founder of Avro, and John Alcock who was one of the first men to fly the Atlantic.

At the start of the First World War, the first flight of British military aircraft left from Shoreham to join the fighting in France. In the 1930s the airfield became an airport for Brighton, Hove and Worthing and a new terminal building in the art deco style was opened in 1936. This building is still in use today and is now Grade II listed.

During the Second World War, Shoreham again served as a military airfield, coming under attack several times. The airfield is still operational today and is used by light aircraft and flying schools and as a venue for an air show. It was used as a filming location in Agatha Christie’s ‘Poirot’ and for exterior shots used in ‘The Da Vinci Code’.

In this meticulously researched book with many early photographs, aviation historian Peter C. Brown takes us through the history of this key centre in early British aviation. It is published by Amberley Publishing and is also available on Amazon.