You are here: HomenextTopicsnextLocal history resourcesnextBooksnextA Son of the Empire

A Son of the Empire 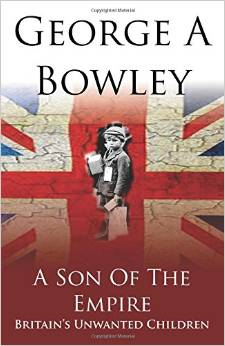 zoom
Reproduced with the kind permission of George A Bowley

Until the age of five George Bowley spent his days on the streets of Brighton. But in early 1943, his mother was imprisoned for fraud amounting to fourteen pounds. Consequently he and his four siblings aged between three weeks and eight years were sent to Warren Farm, where they were split up. George describes in detail the memories of his life in Warren Farm both good and bad.

Five years later George Bowley was selected by  The Fairbridge Society to be included in their mission to relocate disadvantaged children around the Empire. He was sent to what was then known as Rhodesia. Years later George embarked on a search for his lost family that became the subject of a BBC radio documentary. In 2010 he and other victims of the policy of forced child migration received an official apology from the British Government. Beautifully written though often harrowing; this is his story.

You can buy this book here: