You are here: HomenextTopicsnextTransportnextBusesnextThe blitz spirit 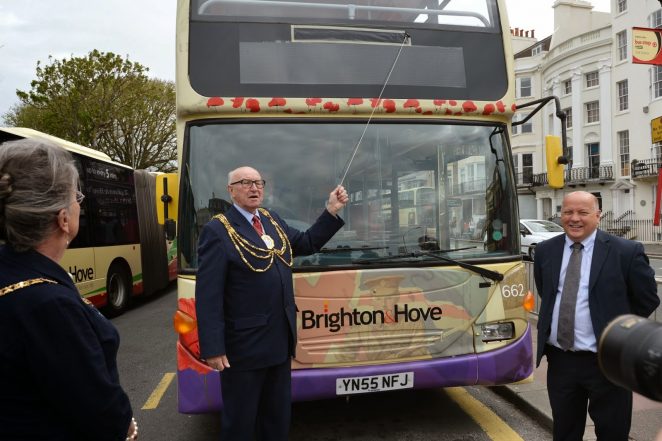 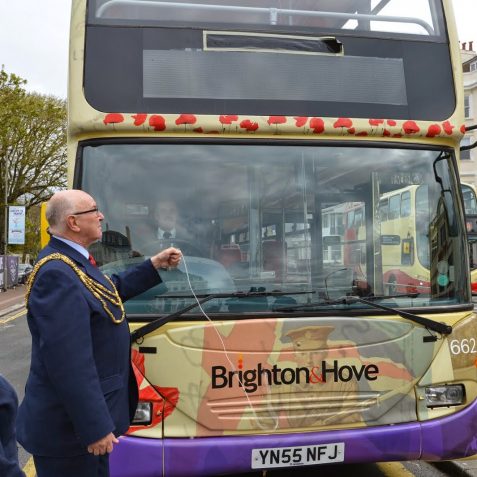 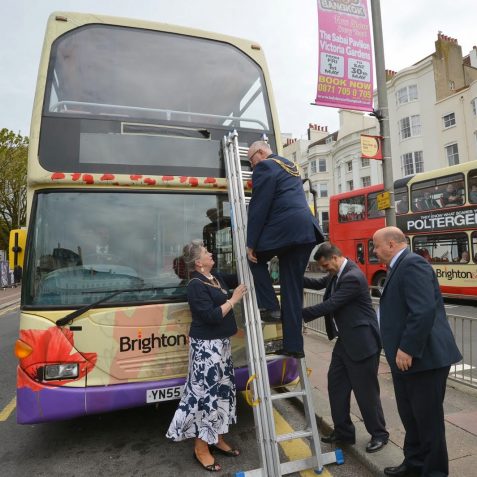 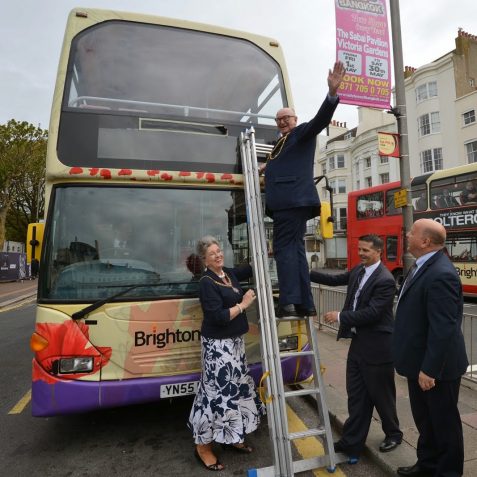 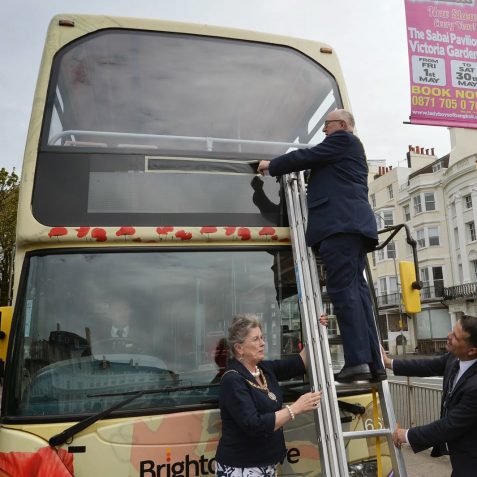 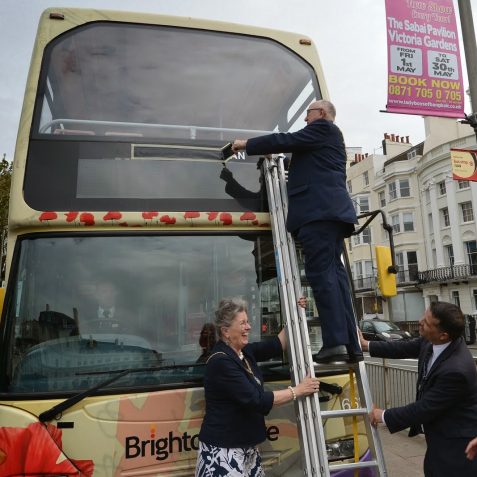 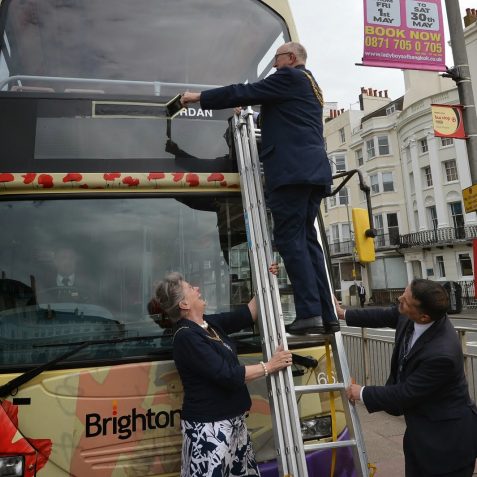 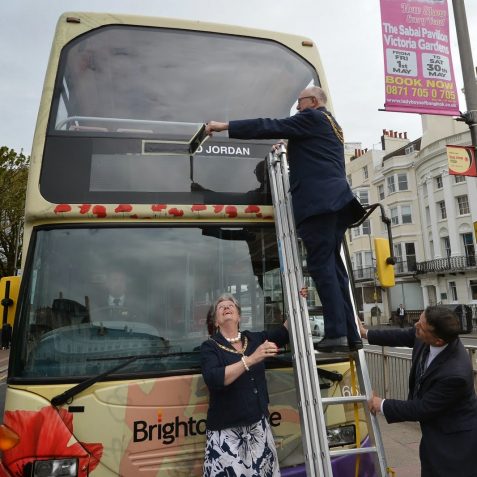 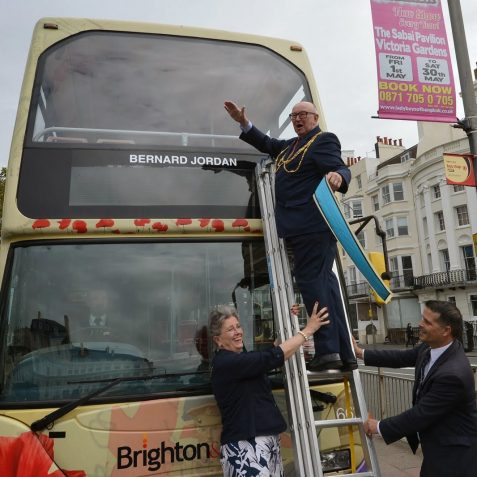 Today the Mayor and Mayoress of Brighton and Hove, Councillor Brian and Mrs Norah Fitch officiated at the latest naming of a Brighton and Hove bus. The bus is dedicated to the late Bernard Jordan, who for many years was a councillor and served a term as Mayor of Hove. Known to his friends as Bernie, he became a national celebrity when he absconded from his Hove care home and unaccompanied, travelled to France for the DDay commemorations. Read about Bernie here and here.

Councillor Fitch, who had worked along with Bernie on the council for many years was very happy to officiate at today’s ceremony. But unfortunately, as happens in life many times to us, things did not go quite as expected. The rehearsal of the unveiling of Bernard Jordan’s name went without a hitch. But when the cameras started rolling, disaster struck. The cord attached to the cover on the name broke. Like his friend Bernie, the Mayor was not to be stopped and so borrowed a ladder and proceeded to carry on with the unveiling ceremony from atop it! Well that’s what they called the ‘blitz’ spirit – well done Mr Mayor.