You are here: HomenextTopicsnextTransportnextRailwaysnextDisaster at Clayton Tunnel 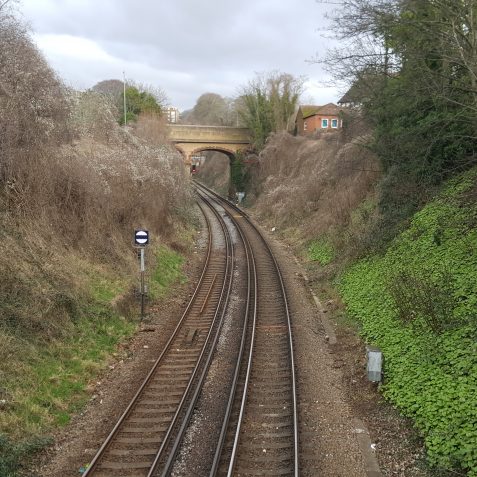 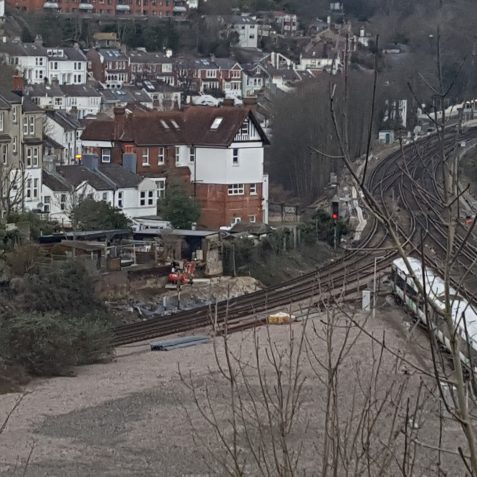 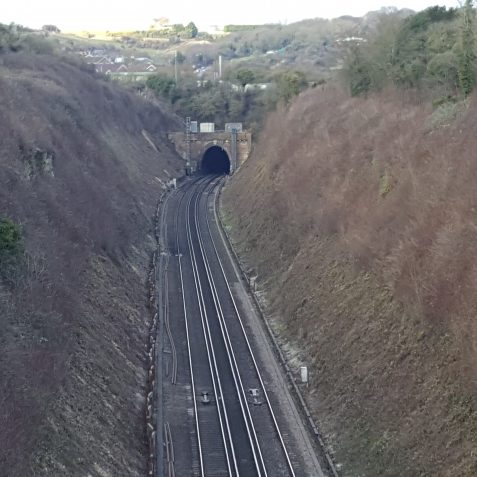 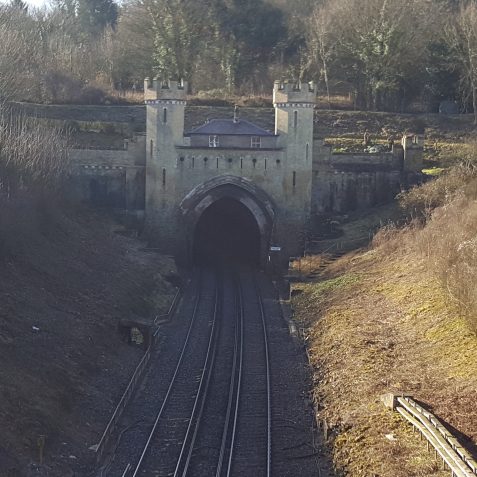 Shortly after 8 o’clock on the morning of Sunday 25th August 1861, a terrible collision occurred inside Clayton Tunnel, 4 miles north of Brighton, killing 23 people and leaving another 175 injured.  It was the worst railway accident anywhere in the country, at that date.  There was one primary cause, signalling, and three secondary causes recorded in the official report.

Three trains left Brighton in quick succession shortly after 8am, and this was one of the secondary causes.  The first train, the Portsmouth excursion, left Brighton at 8.28 am, followed shortly afterwards by the 8.31 Brighton excursion and then at 8.35 the Brighton to Victoria.  Just seven minutes between them, which was against company rules.

One might well ask what the Portsmouth excursion was doing leaving Brighton, and heading north towards the metropolis.  The Cliftonville Curve, starting by Wilbury Villas, running under Dyke Road to join the Brighton to London line at Highcroft Villas, was not constructed until 1879.  Unlike today, in 1861 south coast trains, en route to London, firstly had to pull into Brighton, before heading north.

The 8.28 Portsmouth excursion first entered Clayton Tunnel, but it failed to reset the Whitworth automatic space-interval block-signalling system. The system should have ensured that any train passing a green signal automatically set that signal to red.  It was then up to the signalmen to reset the signal to green, but before doing so they were required to make certain that trains that had entered the tunnel on one side had indeed emerged again at the other end.  The 8.31 Brighton excursion was hard on its heels; however, the signalman at the entrance to the tunnel realising the error, waved his red flag to stop the train  The driver saw the danger flag, however he only managed to halt the train once well inside the very long tunnel.

Thinking it had failed to stop, the concerned signalman telegraphed his colleague at the north end of the tunnel to ask if the train had passed.  Confusion now occurred, the signalman at the northern end replied that it had safely passed, but he meant the Portsmouth excursion, not knowing of the second stationary train in the tunnel.  The relieved signal man at the southern end took this to mean that the Brighton excursion, now stationary inside the tunnel, had passed the northern end.  The third train was by now approaching and the signalman admitted it to the tunnel, assuming the line was clear.

Reports of the disaster filtered back to Brighton and quickly spread across the town.  The terrible news soon reached churches and chapels, where Sunday services were being held; whispers and murmurs soon turned to chatter and gasps of disbelief, which disrupted the service.  Annoyed by the commotion, Ministers firstly full of reproof soon realised the truth and with divine sympathetic words tried and calm the congregation.  By mid-morning special additions of the local newspaper were printed and on sale.  Readers soon read descriptions of the harrowing scene inside the tunnel and of the numbers of dead and injured.

At the enquiry it was established that the signalman, Killick at the south end and Brown at the north, had worked a 24 hour shift due to the weekend rota, and no blame was attributed to them.  The enquiry concentrated on Assistant Stationmaster Legg and he was charged with acting recklessly in dispatching the trains too closely together.  When he appeared at Lewes Assizes the jury threw out the indictment, recommending improvements to mechanical safety systems.  It is clear that, like both Killick and Brown, the mechanical safety system was also fallible, however had the Cliftonville Curve been built earlier, perhaps the disaster might have been avoided!