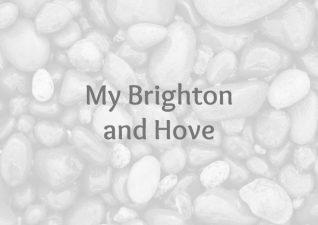 When new pages are added to the website we are often contacted by contributors who will add their particular memories or photos to the subject.  Recently we published photographs of the 2007 Brighton Carnival, and they prompted long time contributor Ken Ross, to get in touch with us to offer a very special item.

Back in 1964, Ken had captured parts of the carnival with his cine camera.  He had managed to transfer the film onto a DVD and you can see this wonderful piece of Brighton history by clicking on the arrow on the small screen. If you would like to hear the marching music, click the bar below. Please remember that this film is 43 years old!

Ken also very kindly did some research on the event.  The 1964 carnival was the first in more than twenty years so it was very well attended.  There were seventy decorated floats who joined in the parade. Celebrity judges Dame Flora Robson and Dora Bryan had a hard time picking the winners of the best float competition. The Carnival Queen was Christine Giddings, a 22 year old hairdresser’s receptionist.  Christine was crowned by Mr Derek Andrews, president of Brighton Lions Club.  In the evening, many thousands danced to groups who played from four bandstands along Madeira Drive.