My mother, Hilda Bryant, came to Brighton from London in 1915. In that year, her father lost his job as a brush maker, when the German factory he was working for was closed down. Her parents decided to leave Nunhead in South London, after her father was offered a brush-making job in Brighton. 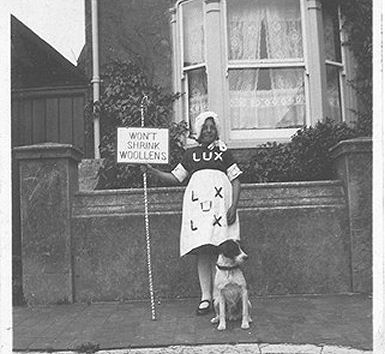 ‘Miss Lux’, Hilda Bryant outside her home at 10, Beaufort Terrace, with her dog Spot. Brighton Carnival 1923.

Old Brighton families
The family first moved to Argyll Street, then to 10 Beaufort Terrace, Islingworth Road, where my mother lived until 1938. In this year, she married Charles Henry Gower, from Bear Road, at St. Luke’s Church, Queen’s Park. My father Charles Gower descended from a line of old Brighton families, mainly people engaged in the local fishing industry, families such as Miles, Jasper, Patching, Speed and Gunn. 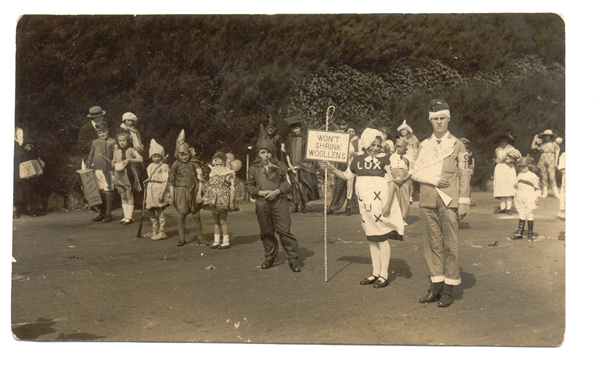 Brighton Carnival 1923. Waiting for the Carnival to start.

The Brighton Carnival
When she was 14 years old, my mother took part in the Brighton Carnival and entered the fancy dress competition as Miss Lux in 1923, as seen in the two photographs. One of the photographs shows her outside her home at Beaufort Terrace with her dog Spot, who often turned up outside her classroom at St. Luke’s Terrace School – much to the annoyance of the teachers. The other picture, I think, is taken in Maderia Drive, just before the Carnival moved off.  My mother painted the Brighton Carnival poster at her school, dated June 4th 1923, to advertise the Carnival. 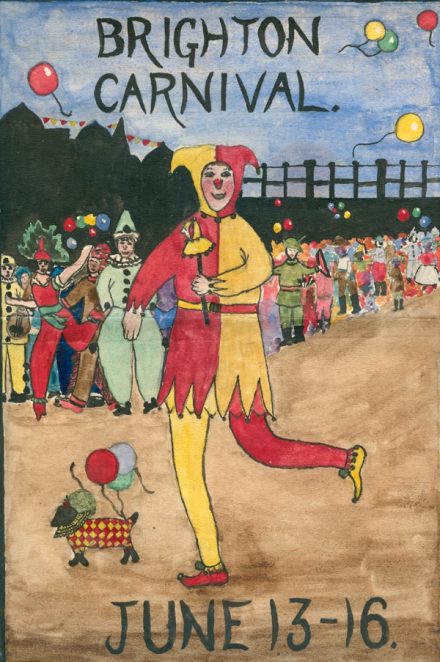