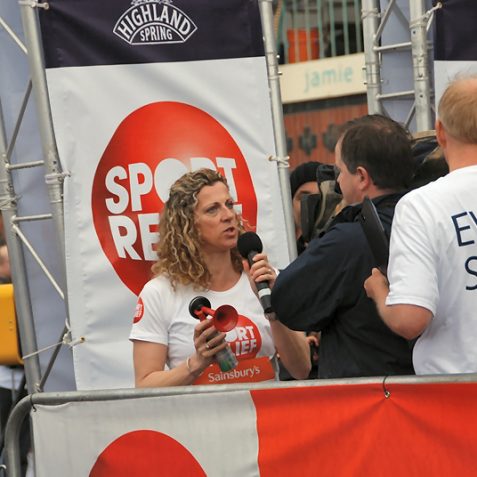 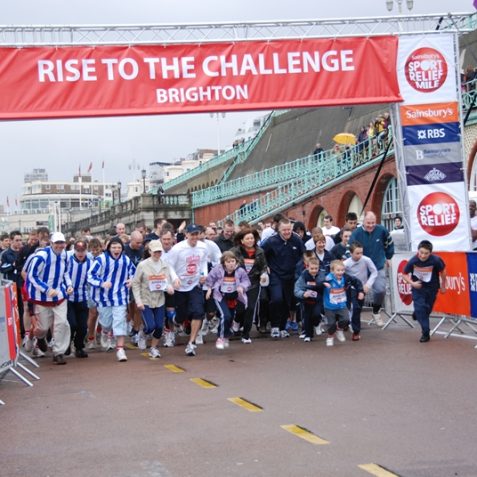 They're off!
Photo by Tony Mould 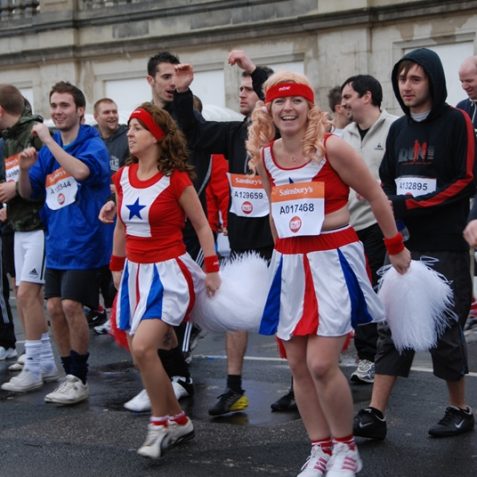 These ladies must have been freezing
Photo by Tony Mould 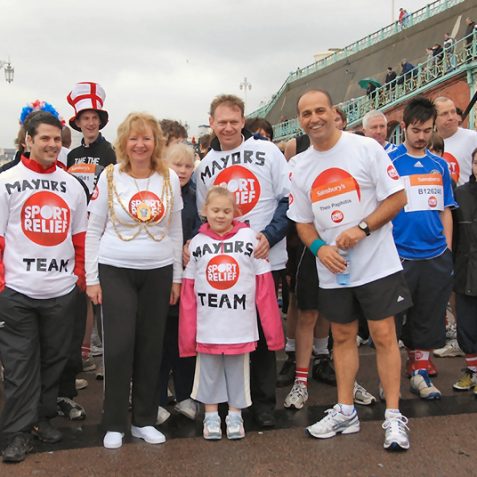 Following on from the terrific success of the Sport Relief Mile staged in 2006, Brighton was once again chosen to host one of the 2008 regional events.  Despite the wind and rain, approximately 4,000 people turned out on Sunday March 16th to support this charitable event, which raises money to provide sports for underprivileged children in the UK and overseas.

Sally Gunnell, Gold Medal Olympic runner and a Sussex resident, not only ran the mile but also started one of the heats.  The Mayor Carol Theobald, ran with her team and was joined by Dragon’s Den celebrity Theo Paphitis.