You are here: HomenextTopicsnextViews of the city: images & opinionsnextCaught on cameranextMayor dedicates new plaque on Indian Gate 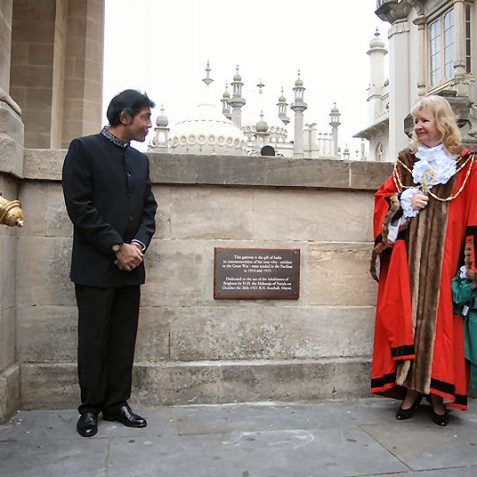 Davinder Dhillon proposes a vote of thanks
Photo by Tony Mould 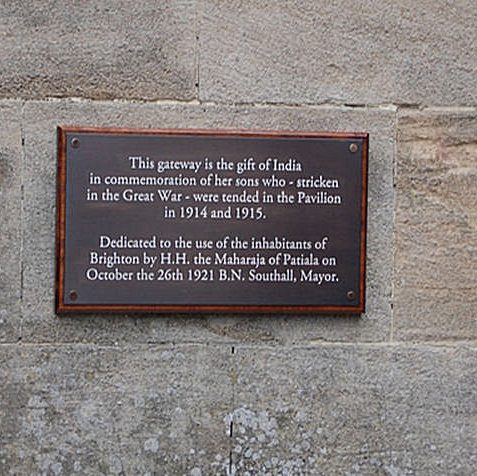 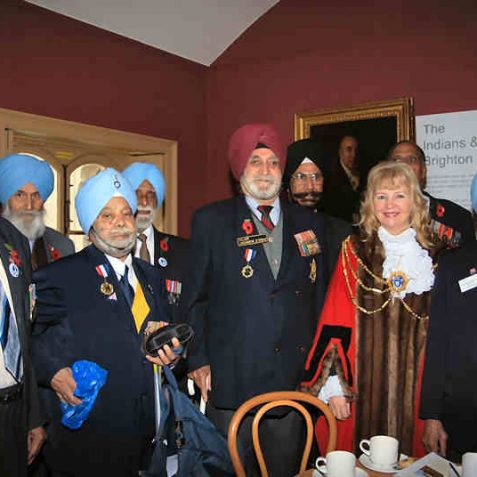 Standing next to(left) the Mayor is Major Joginder Singh Brar, together with other WWII veterans.
Photo by Tony Mould 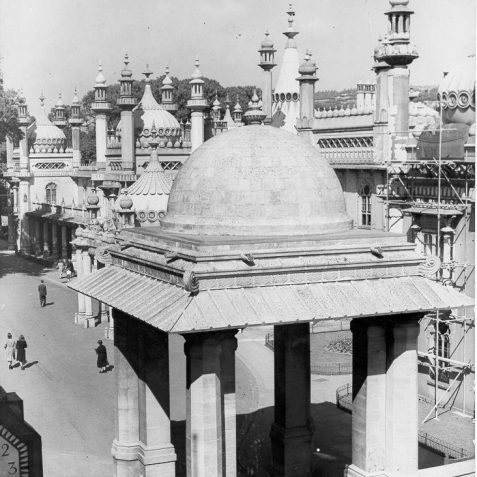 The Indian Gate in the late 1930s
From a private collection

On October 26th, the Mayor of Brighton and Hove, Councillor Mrs Carol Theobald unveiled a new brass plaque on the Royal Pavilion South Gate.  The unveiling was carried out before an invited audience of local people and representatives from the Indian community.  The plaque was erected because the original inscription had become too worn to read. The ceremony and the civic reception that followed was a chance to celebrate the strong ties between the Indian community and the people of Brighton and Hove.

Royal Pavilion South Gate, was built in 1921. It was designed by Thomas Tyrwhitt in Gujerati style, with a simple dome resting on 4 stone pillars. The dedication reads, ‘This gateway is the gift of India in commemoration of her sons who, stricken in the Great War, were tended in the Pavilion in 1914 and 1915. Dedicated for the people of Brighton by the Maharajah of Patiala on 26 October 1921.’