You are here: HomenextTopicsnextViews of the city: images & opinionsnextChanging face of Brighton and HovenextSummer 2002: Slumming it with Fat Boy Slim 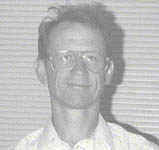 Local historian Geoffrey Mead finds echoes of Brighton’s past in the events of summer 2002.

The summer is usually seen as the ‘dog-days’ for news. But in the silly season in Brighton and Hove over the last month there has been a lot to report, much of it with a Brighton ‘twist’…..!

Slum landlord jailed
The biggest story has rumbled around the city for over 30 years and came to a dramatic climax this summer. Nicholas Hoogstraten, a local property magnate raised in Shoreham, was convicted along with two ‘hit-men’ of the killing of another local property magnate, Mohammed Raja. This is straight out of “Brighton Rock”, with tales of skulduggery and double dealing that read better than any fictional thriller.

Hoogstraten is often termed ‘a slum landlord’, though he states he has little involvement in the present city housing market. What is important from a local history viewpoint is that the city has over three times the national average for rented accommodation. This sector of the ‘City by the Sea’ is one that the ‘city fathers’ do not want to promote. Low wages, seasonal drifting population and high housing costs make the city seem more like an inner city area (Paddington for instance) than “Old Ocean’s Bauble” (to quote Horace Smith!).

Crowds on the beach
The other big stories revolve around fun and games, and say much about the current ethos of the city (yet one that has historic precedents). Fat Boy Slim’s 250,000 beach and prom party gained world-wide attention. And why not? Where else would anyone want to be on a hot summer night than Brighton beach! ( I was there!) The current clubbing and party scene builds on the city’s reputation for being a ‘good time place’ in direct line of descent from the huge interwar beach crowds each bank holiday, and the convoys of Mods descending on the Florida rooms for a High Numbers (aka Who) dance night.

Gay Pride, Pink Pounds
Last week’s big and very wet event, Brighton Pride, saw a mass gay (and straight) crowd partying through a torrential thunderstorm after a gay carnival parade had wound through a grid-locked city. Brighton and Hove as a gay city has come more and more to the fore in the past few years, as recognition of the strength of the Pink Pound in the local economy has grown. The gay community make an important contribution to the cultural and conservation movements in the city, and the flamboyance of this element of the city reflects the court of George, Prince of Wales, and the circle that developed around the theatrical, and later TV, community.

A load of rubbish
Listening to BBC local radio and reading the Argus there is one big story that links gay and straight, suburb and inner city, Brighton and Hove (now there’s a first!)…rubbish! Re-organization of the city refuse collection has seen yawning gaps in the carefully put together refuse disposal programme. Black bin-bags line city streets and suburban avenues as the “refuse operatives” struggle to meet their new route requirements. (I’m related to a long line of men who were “on the dust”, so I am loath to criticize!). A delve into the city history archives reveal the lamentable state of rubbish disposal from the early 19th century. Brighton was a large town of 24,000 but still run as if it was a worn-down fishing community housing 2,000 people.

As we historical geographers say: ‘continuity and change!’

Geoff Mead is a social geographer who convenes the Locality and Landscape courses at the Centre for Continuing Education, University of Sussex. He is the Hollingbury editor for the My Brighton and Hove website.