You are here: HomenextTopicsnextViews of the city: images & opinionsnextChristmasnextBrighton 5km Santa Dash 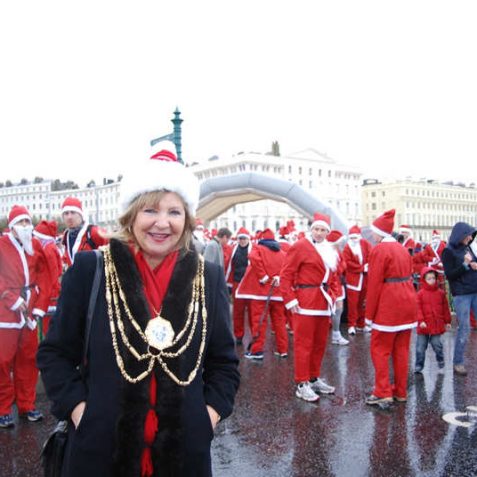 The Mayor braves the weather
Photo by Tony Mould 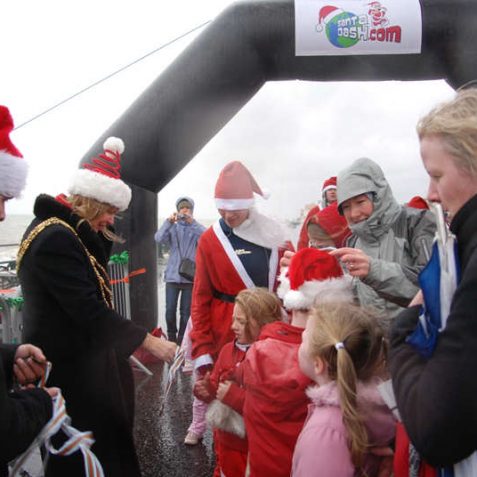 Medal presentations for the young entrants
Photo by Tony Mould 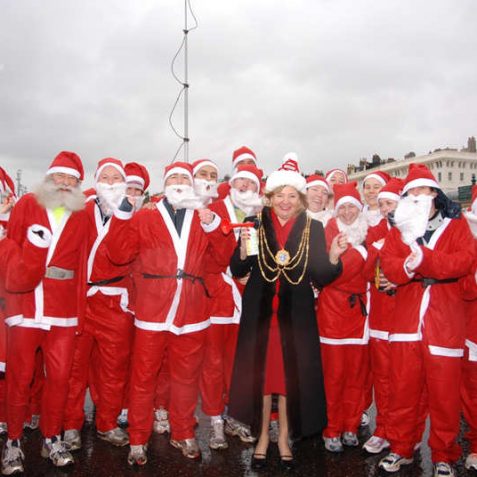 The Santas are ready for their dash
Photo by Tony Mould 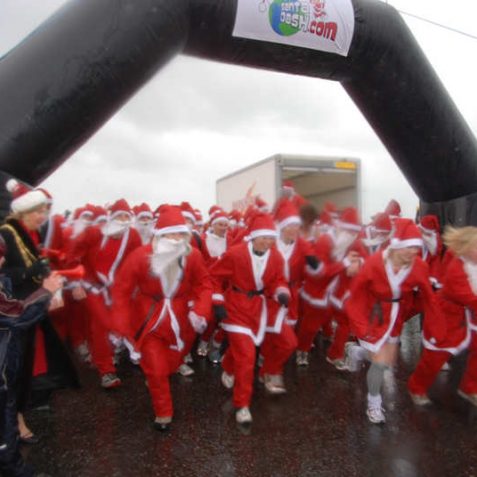 The Brighton Santa Dash took place on Saturday 8th December at 10.30am and was organised this year to raise money for the Rockinghorse Appeal. This local charity supports The Royal Alexander Hospital for sick children.

Entrants for the Santa Dash are all kitted out in Santa suits and beards – which made some of the ladies look rather strange! And of course, being Brighton, there were even Santas who came with their own natural beards. For younger participants there was even a kiddy Santa Dash – over a shorter distance of course.

This year the weather was awful but there was still a fantastic turnout.  The intrepid entrants had to make very sure that hats and beards were fixed well enough to beat the high winds and driving rain.

The Mayor, Councillor Carol Theobald, braved the terrible weather to be the starter for the race – well done Carol!