You are here: HomenextTopicsnextViews of the city: images & opinionsnextMystery photos of Brighton and HovenextA street in Hove?

A street in Hove?

This image is from a small collection of old photographs by a Hove photographer named Wiles. If anyone has information on him and his work I would be very interested. Is this a street in Hove – please leave a comment below if you can help. 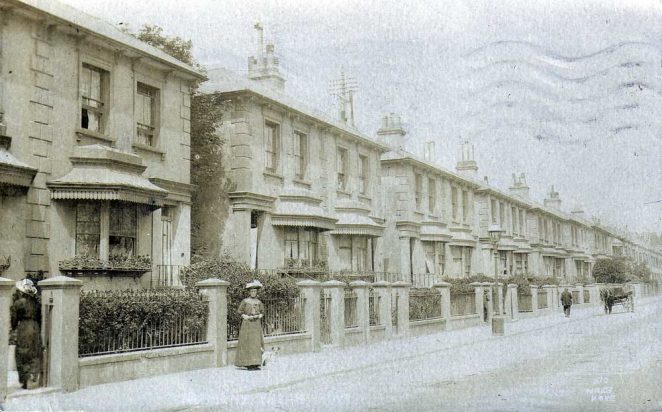 Local resident Alan Hobden kindly photographed Osborne Villas for us and sent this note:
If you look closely at your old photo, you will see two very tall chimney pots on the roof of the pair immediately to the left of the lamp-post.
The first photo shows the same first house, No.10, on the extreme left as in the original photo. Its facade has been extensively modified. Note the three very tall chimney pots above the pair (16 and 18) immediately to the left of the lamp-post. The front one, which has a cowl on it, has probably been added as it is darker than the other two.
The second photo, shows the first house in the row, No.4, and of course the road name to verify the location.   I also looked at Medina Villas but, although there are a few properties with canopies, none of them match the appearance of the villas in the old photo. 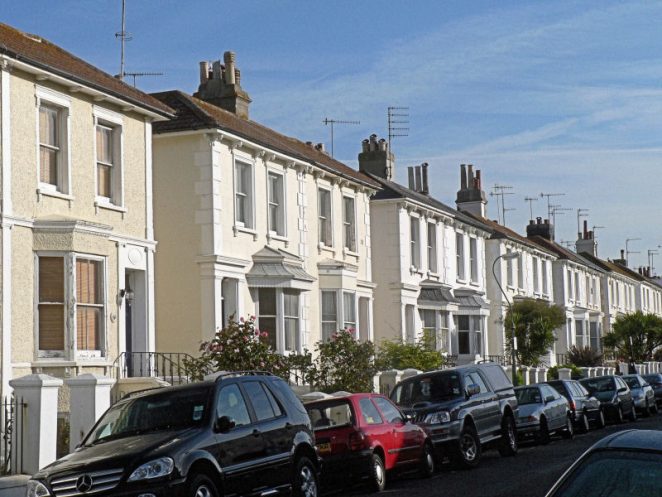 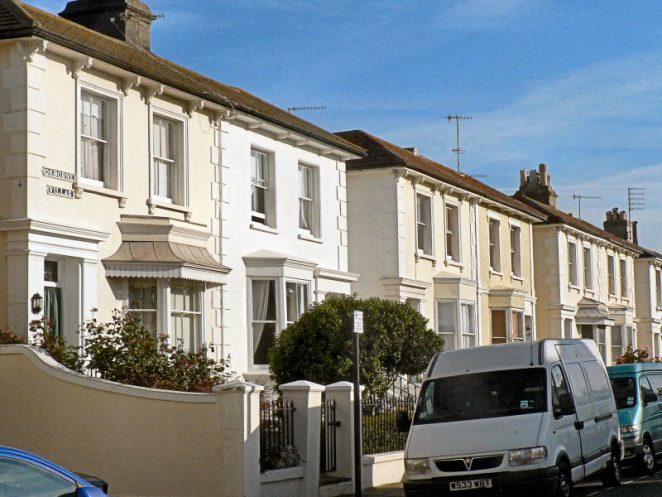 Mystery photos of Brighton and Hove (159)