You are here: HomenextTopicsnextWeathernextThe Great Storm 1987nextOn the night 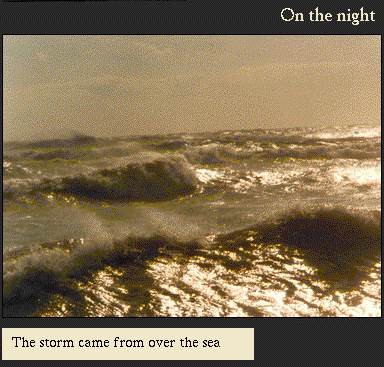 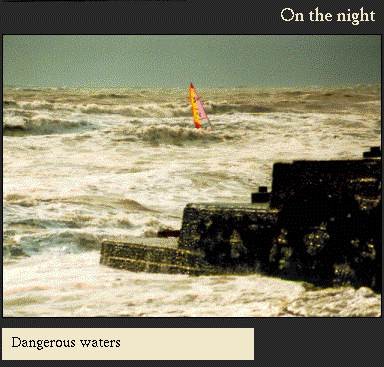 Dangerous waters
Image from the 'My Brighton' exhibit 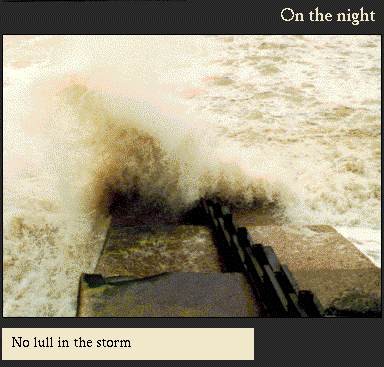 No lull in the storm
Image from the 'My Brighton' exhibit 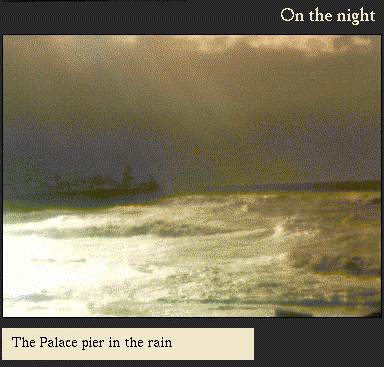 Palace Pier in the rain

It came from the Bay of Biscay
A weather system moved in from the Bay of Biscay up the English Channel and slammed into south-east England. I think weathermen knew something was going to happen, in spite of the fact that certain among their number had actually said on television that there was not going to be a hurricane tonight. Technically there wasn’t, but even so I think the strength of the windspeeds came as a shock to a large number of people.

People knew it would be extreme
But the system coming in was noticed. Gradually, as the night moved on, and it moved into 10-11-12 pm, people realised that something quite extreme was going to happen. Then by about 3-4 o c’lock, very strong wind-speeds were being recorded along the coast of Sussex.

The hurricane hit Brighton first
The system then moved inland, up through Kent, up into London, Hertfordshire, Essex, and up into Suffolk and Norfolk. I think it eventually left Norfolk about nine oclock in the morning. Certainly when day-break struck, trees weres still coming down in Norfolk. It affected us in Brighton probably about 2-3 in the morning – something like that – onwards.

Rain just beforehand
I think there was rain just beforehand. Rain was certainly falling in the evening before the storm struck, but I think the rain died out later on and we really just had the heavy winds. It’s interesting people reporting at the time of the event. It was very, very violent. Very deafening, from what I hear. I actually slept through it, but a lot of people didn’t.

A constantly strong wind
What you normally find when there’s a strong wind, is that there’s a lull between gusts. Normally, when we think of wind, we think of strogn gusts. It sounds like there weren’t any gusts. It was just constantly high wind, with super-gusts in between. It’s likely that most of the damage was done when these particularly strong gusts happened. But the average wind-speed was also very high indeed.