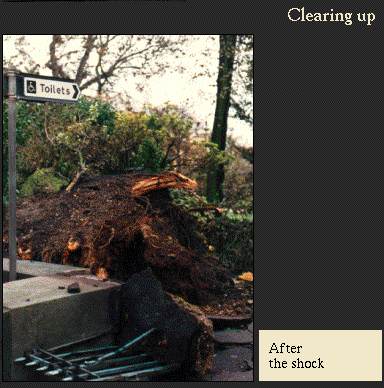 After the shock
Image from the 'My Brighton' exhibit 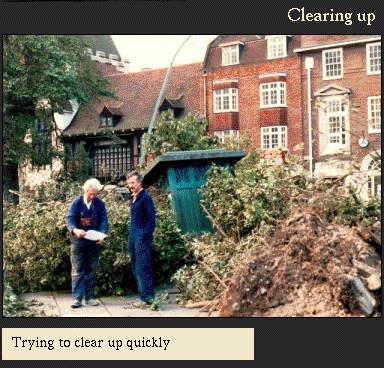 Trying to clear up quickly
Image from the 'My Brighton' exhibit 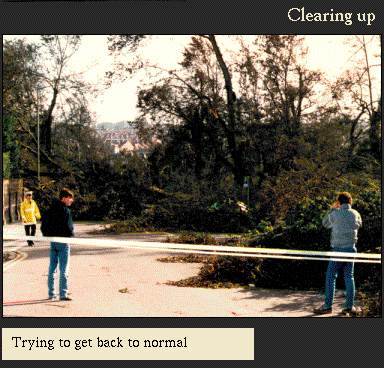 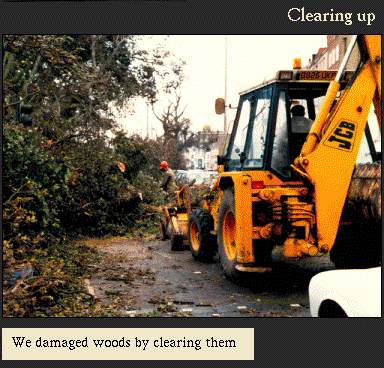 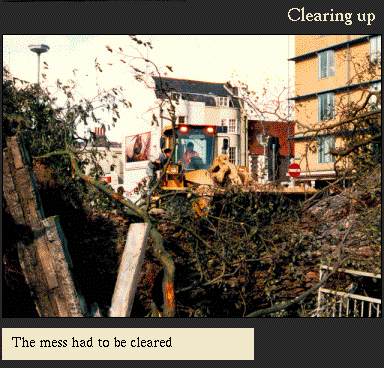 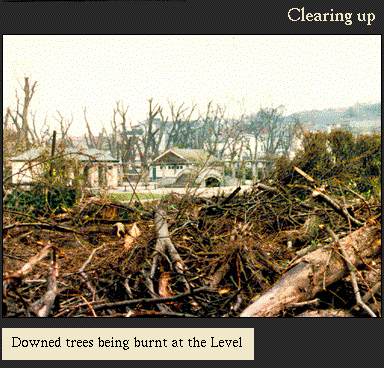 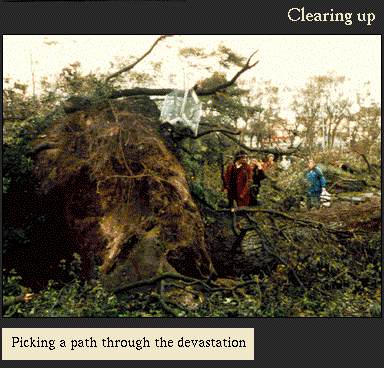 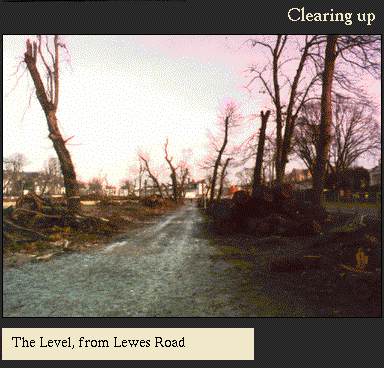 The Level, from Lewes Road
Image from the 'My Brighton' exhibit 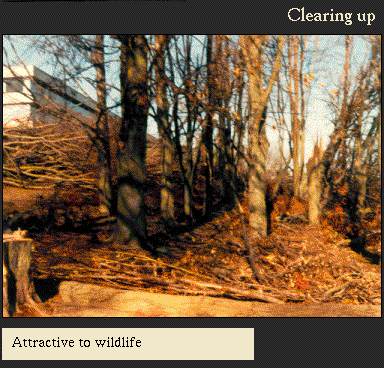 Attractive to wildlife
Image from the 'My Brighton' exhibit 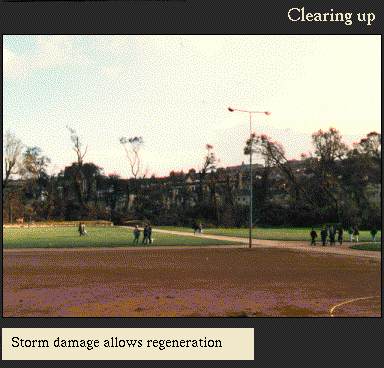 Storm damage allows regeneration
Image from the 'My Brighton' exhibit

Response was to clear up
The 1987 storm, I think, came as a great shock to everybody, really. There was a knee-jerk reaction from a huge number of people about how a massively damaging freak event had happened, and we had to clear up the mess and get back to normal. Now in our built environment, that’s fair enough. But we moved that philosophy on to the natural environment, and that’s when I think we have problems.

Our response caused damage
We have an idea in our minds that the mess had to be cleared up, the woods had to be replanted, and then Nature would somehow be healed again. This was understandable, but I think it was quite wrong. No woods at all were completely removed by the storm. The only woods that were really lost were the one that were cleared up afterwards. So really it was our response to the storm which caused damage.

Realised there was no rush to clear up
Gradually, the organisations around the country were saying: ‘Look, there’s no rush. Trees aren’t just going to disappear if you leave them alone.’ A lot of people wanted to go in and clear up fairly quickly, but gradually that emphasis slowed down, because it was totally impossible anyhow. Here we are, seven years later, there are still some woods which have storm damage in them, and they’ll never be cleared up.

Leave Nature alone
So gradually people, I think, got a more realistic appreciation of what could be done. In some places, fairly extensive clearance needed to be done. In other places, you could take out timber, but there’s no reason why you had to completely clear up the area. In other places, you might just decide to leave it alone. No wood would be lost if it was left alone. It would be able to regenerate quite naturally.

Good for the environment
I think in a few years time, the storm will be be seen, particularly by ecologists, as a thoroughly good thing. It’s opened up the canopy, it’s allowed regeneration to take place, it’s made patches within woodlands that are attractive to animals and wildlife. I think in the past, people have thought that anything that man does in a woodland is bound to be bad. The appropriate management of a woodland is good, because it mimics the effects that are quite natural in natural disturbance like storm damage.