You are here: HomenextTopicsnextWorld War InextBrighton largely unaffected by the conflict

Brighton largely unaffected by the conflict 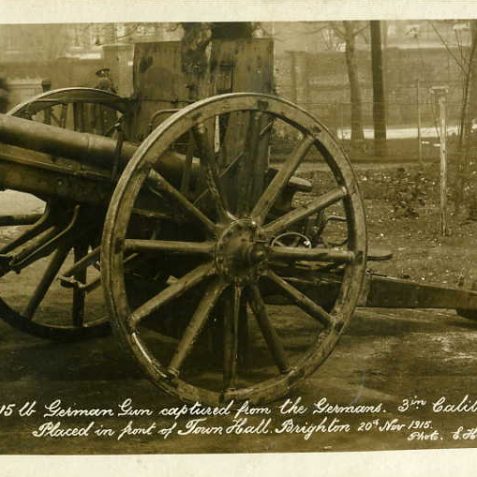 A captured German Gun on public display in Brighton during 1915.
From the private collection of Tony Drury 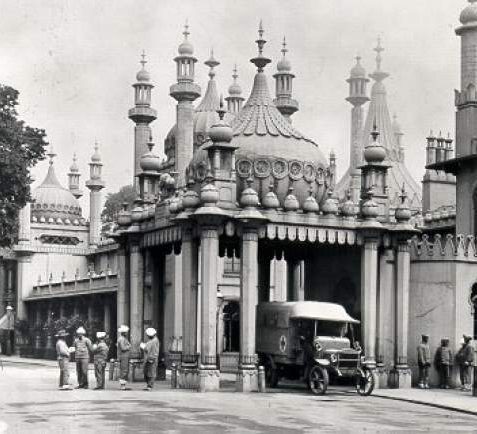 Groups of wounded Indian soldiers outside the hospital at the Royal Pavilion during the First World War.
Image reproduced with kind permission from Brighton and Hove in Pictures by Brighton and Hove City Council 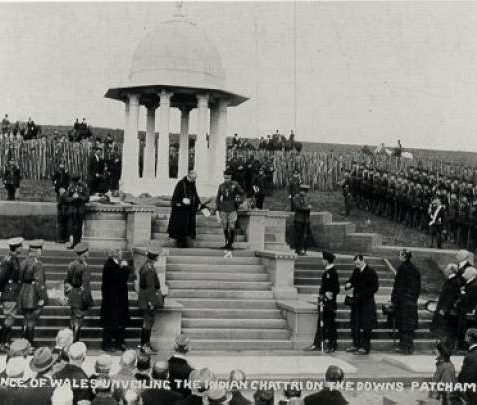 Unveiling of the Chattri, 1921: Unveiling of the Chattri by the Prince Of Wales (later Edward VIII) at Patcham on 1st February 1921. Indian War memorial designed by E.C. Henriques under the supervision of Sir Samuel Jacob. Monument commemorated Hindus and Sikhs who died in the Indian Military Hospital at the Royal Pavilion during the First World War.
Image reproduced with kind permission from Brighton and Hove in Pictures by Brighton and Hove City Council 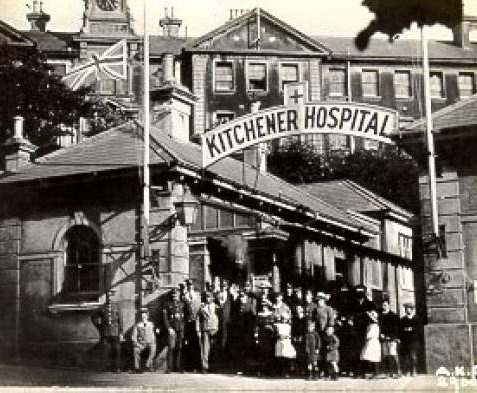 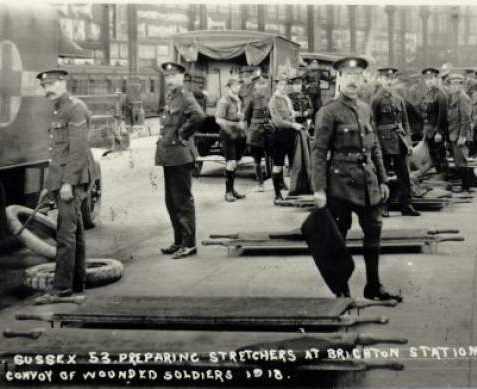 Brighton Station, 1918; a group of soldiers and scouts preparing stretchers in preparation for the arrival of wounded soldiers from the Western Front.
Image reproduced with kind permission from Brighton and Hove in Pictures by Brighton and Hove City Council 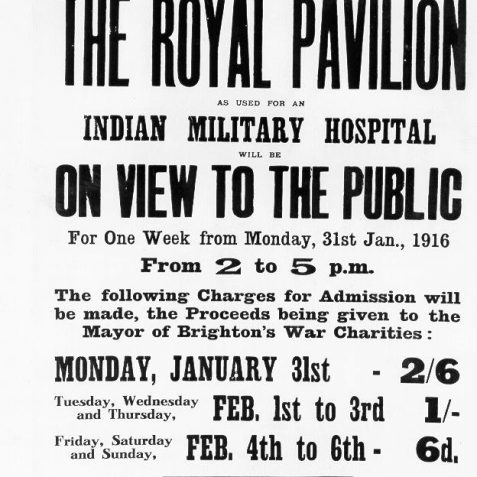 Poster advertising that the Royal Pavilion Indian Military Hospital would be open to the public for a week from Monday 31st January 1916, with proceeds from the admission fee being given to the Mayor of Brighton's War Charities.
Image reproduced with kind permission from Brighton and Hove in Pictures by Brighton and Hove City Council 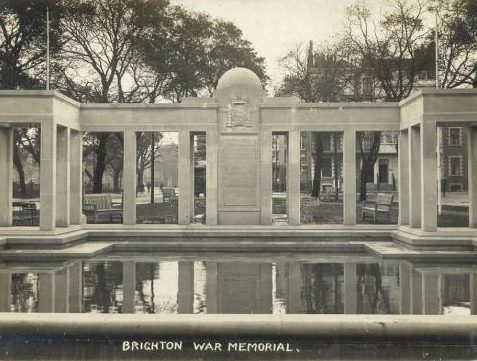 The War Memorial in the Old Steine was unveiled on 7th October, 1922. It was designed in the style of a Roman water garden.
From the private collection of Tony Drury 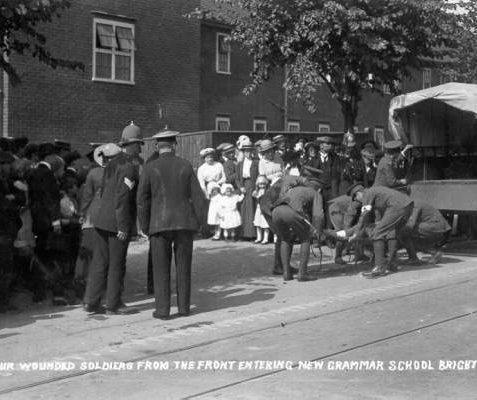 Arrival of Wounded Soldiers Entering New Grammar School, 1914: The Brighton, Hove and Sussex Grammar School building (now BHASVIC) on Dyke Road, was requisitioned for use as a military hospital soon after it was been in 1914. In this postcard Red Cross staff are unloading a wounded soldier on a stretcher from a canvas-sided truck, watched by a crowd of people and a policeman.
Image reproduced with kind permission from Brighton and Hove in Pictures by Brighton and Hove City Council

a) FIRST WORLD WAR: Although the U.K. entered the Great War on 4 August 1914, the summer season at Brighton continued in full swing and it was not until the first casualties arrived in the town about a month later that the reality of the conflict hit the inhabitants. The Royal Pavilion estate, the Poor Law Institution and several schools were then given over to the military for use as hospitals, and the town was also filled by many Londoners who left the city to avoid possible zeppelin raids. Women played a major part in keeping the town running while the men were at the front, but Brighton was largely unaffected otherwise and the holiday seasons continued relatively normally. On 7 October 1922 Earl Beatty unveiled the Brighton War Memorial in Old Steine. It bears the names of 2,597 men and 3 women of the town who fell in the Great War. {3,115}