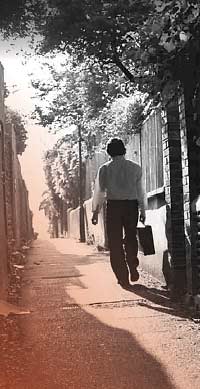 Local historian Geoff Mead created this guided tour from the train station to the sea, which crisscrosses through the conventional tourist route. The trail highlights 17 places of historical interest representing the varied faces of Brighton.

Volunteers collected stories and photographs from those who live and work along the route. These offer a new perspective on the many faces of the city – and cover a time period from Brighton’s origins to the city in 2004.

My Brighton and Hove is produced by QueenSpark, Brighton’s long-established community publisher.

The History Trail was funded by Culture Online.