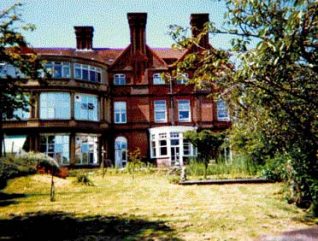 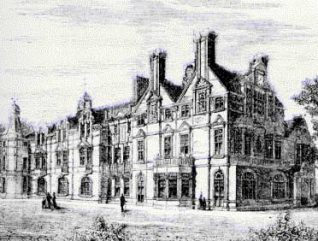 zoom
Built on the site of a schoolhouse 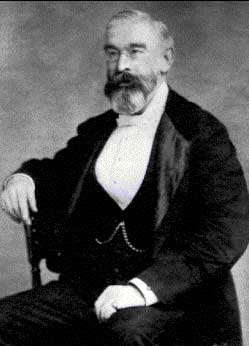 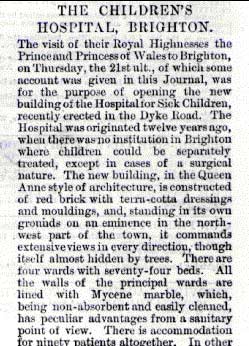 zoom
Newspaper report on the opening 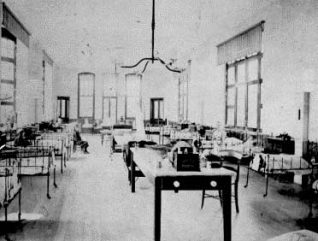 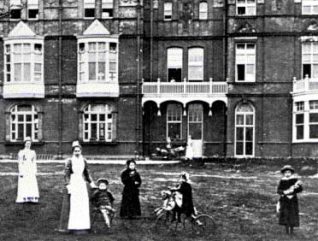 zoom
Children playing in the grounds

On the site of a schoolhouse
The first children’s hospital was in Western Road, just a private house that had two or three beds in it. They then bought the land on which was standing the schoolhouse to St Nicholas’ church.

Hospital was built in 1881
The schoolhouse again became too small so they knocked it down and in 1881 actually built the building that you now see, the royal Alexandra’s Children Hospital. And the doctor who was behind a lot of the development of it, Dr Taaffe, married John Yearsly’s daughter from Grove House.

Gold key presented to the Prince
Dr Taaffe then presented the Prince with a gold key which acurately fitted the lock of the principal door in the building. The key was in the Queen Anne style, about three inches in length and had an inscription on one side: Presented to HRH the Prince of Wales KG by Dr Taaffe, and is presumably in the Royal collection today.