James Gray (1904-1998) was a local man whose passion for the streets of Brighton and Hove led him to amass a collection of over 7,500 topographical photographs. Gray worked all his life in insurance, and initially collected stamps; but in the 1950s he was offered a few images of Western Road. It was from this chance occurrence that Gray went on to build his wonderful collection of local images. 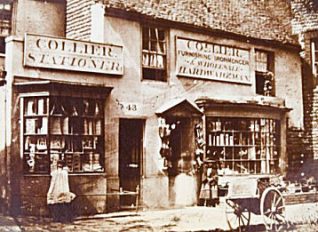 This sepia original is one of the oldest existing photographs of Brighton. It was taken in 1850, by Edward Fox, Jnr. then living next door at 44 Market Street.

Today we are very aware of the significance of the James Gray photographic collection in terms of social history. Old photographs are much valued for the glimpse they allow us into the history of our city. When Gray started his work there was little concern for the need to chronicle the changing fabric of the area. It is thanks to his foresight and dedication to his task that we have such a unique record of these changes. 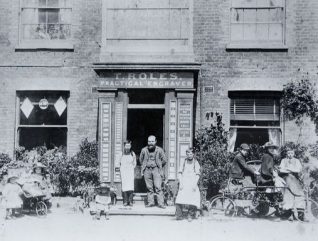 After a long period as a large private house in West Street, the building was used for trade purposes. One of the first tradesmen to work and live on the premises was Mr T. Roles, Engraver, who was here from 1889 to 1892. The photograph must have been taken during that time; note the very unusual tricycle

On the death of James Gray, mindful of the historical and social significance of the photographic images, The Regency Society purchased the collection. It was their intention that the images should be made available for the use of researchers and others interested in the history of the city. By raising subscriptions to cover the cost, The Regency Society has digitised the whole collection which, together with James Gray’s notes and commentaries, can be viewed on their website.

My Brighton and Hove, thanks to the co-operation of  The Regency Society , has been given permission to reproduce images from the James Gray Collection on our website. We are very grateful for their help in our work of chronicling the history of our city. 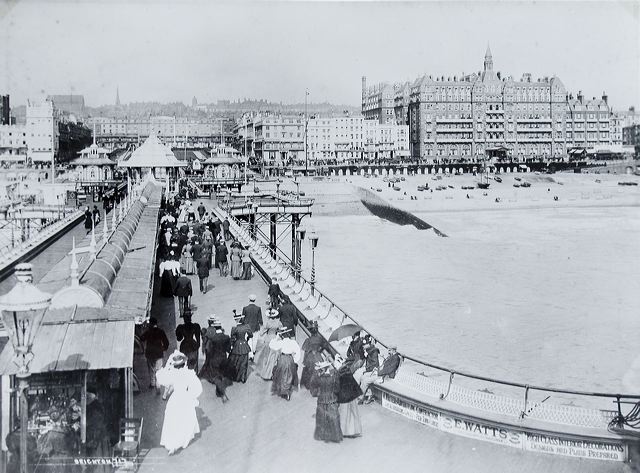 An undated photograph of the West Pier, Regency Square, and the Kings Road frontage. As to the date, one can only speculate. Obviously before the First World war, probably the early, or middle 1900’s.