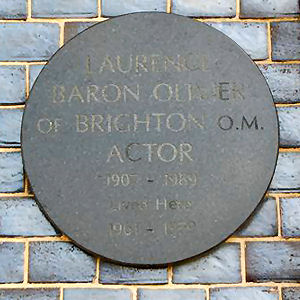 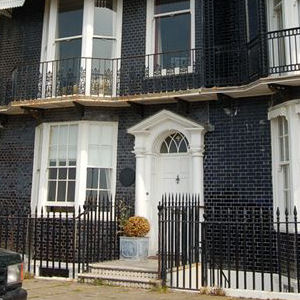 Lawrence Olivier, considered by many to be the greatest actor of his day, lived at 4 Royal Crescent in Brighton for many years until the 1970s. He had two houses knocked together in this very desirable seafront address.

Lord Olivier, like many other theatrical professionals who lived in Brighton, was a regular on the Brighton Belle express train to London.  In 1972 he fought a lengthy battle to save kippers on the breakfast run to London.  So to everyone’s delight, the kippers remained!  But in spite of desperate attempts to save it, the train itself was axed later that year.

In his retirement, Olivier and his wife Joan Plowright moved to the country and lived near Steyning. Sir Lawrence achieved fame for a wide variety of roles on stage and screen, ranging from Shakespearean heroes like Henry V, to the rather seedy Archie Rice in the Entertainer by John Osborne.