You are here: HomenextToursnextWhere they livednextPoet, short-story writer, and novelist 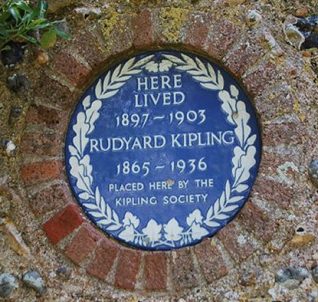 In September 1897, just a few weeks after the birth of John, their third and last child and only son, Rudyard Kipling and his wife moved to The Elms, diagonally opposite North End House on Rottingdean village green where his aunt Georgina Burne-Jones and her husband the Pre-Raphaelite painterEdward Burne-Jones lived. The Kiplings rented ‘The Elms’ for the princely sum of three guineas a week. “It was small, none too well built, but cheap,” wrote Kipling.

The price of celebrity

Initially the Kiplings were very happy in Rottingdean and while living there Rudyard wrote ‘The White Man’s Burden’, Kim, Stalky and Co., many of the Just So stories, the poem ‘Sussex’, and the hymn ‘Recessional’. In fact Kipling fell in love with Sussex and the Downs. But the author’s celebrity caught up with him in the form of gawkers “on the double-decker horse-bus” from nearby Brighton; so in 1903 the Kiplings moved to Batemans near Burwash.

Quote: the final verse of ‘Sussex‘ by Rudyard Kipling:

God gives all men all earth to love,
But since man’s heart is small,
Ordains for each one spot shall prove
Beloved over all.
Each to his choice, and I rejoice
The lot has fallen to me
In a fair ground—in a fair ground—
Yea, Sussex by the sea! 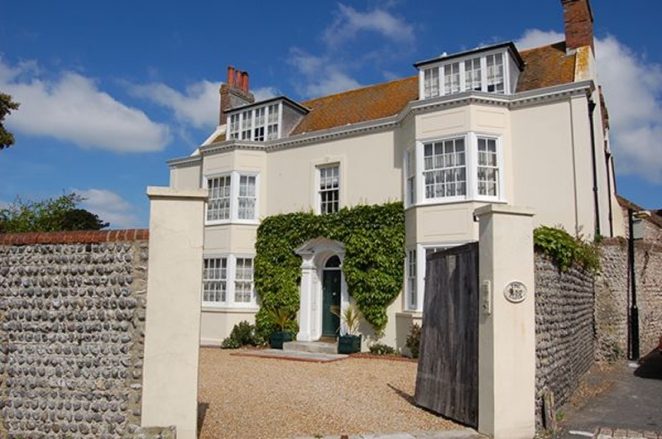