St Aubyns Mansions, Hove seafront, was the first double blue plaque building in Brighton & Hove. The residents discovered the building had been home to two famous women entertainers of the late 19th and early 20th century; Vesta Tilley and Dame Clara Butt.  The honorary plaques were funded by the current residents of St Aubyns Mansions together with a contribution from the Brighton & Hove Commemorative Plaques Panel. 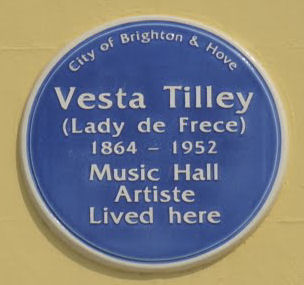 Vesta Tilley was one of the most well known and highly paid Musical Hall artistes of her time, appearing frequently at the Hippodrome Music Hall in Middle Street, Brighton during her 50 year career from 1870 to 1920.  Her repertoire included singing, dancing and most notably, being a male impersonator.  Her roles included playing soldiers, sailors and policemen and she often took the part of Principal boy in pantomimes; having a particular fondness for roles such as Dick Whittington.   At the age of 83, Ms Tilley bought a flat in St Aubyns Mansions and lived there until moving to London before her death in 1952. 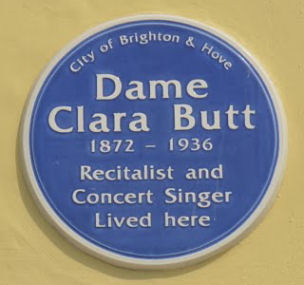 Dame Clara Butt lived at number 4 St. Aubyns Mansions from 1903-1906 and is remembered for being a recitalist and concert singer.  Her imposing deep voice and agile singing technique won critical acclaim from diverse audiences worldwide.  During the First World War, she organised and sang in many concerts for service charities before being honoured with royal commands to appear before Queen Victoria, King Edward VII and King George V. 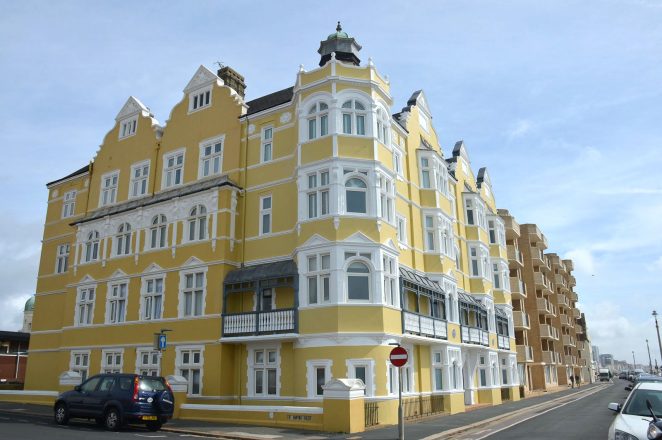