You are here: HomenextPlacesnextChurches & places of worshipnextSt Anne's ConventnextThe Bombing of St Anne's and All Saints, Buckingham Place

The Bombing of St Anne's and All Saints, Buckingham Place 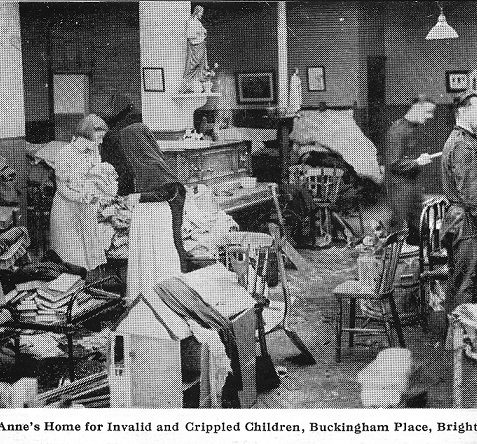 The clean up at St. Anne's after bomb damage 1942
Taken from the 1946 Booklet Brighton and Hove Under Fire, copy owned by Peter Groves 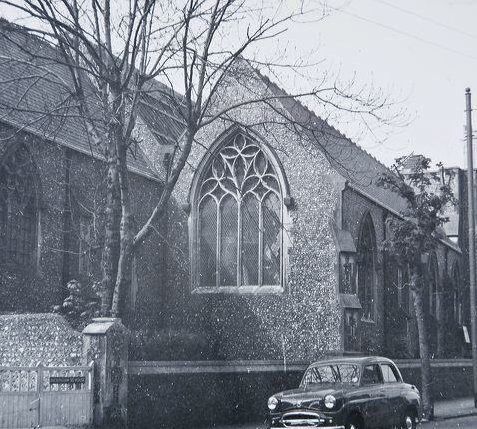 All Saints Church Buckingham Place c. 1957
Image reproduced with kind permission of The Regency Society and The James Gray Collection 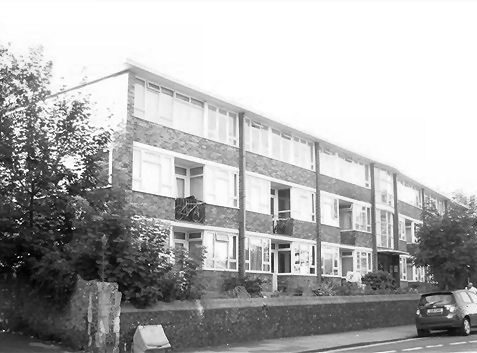 1950s flats
From the personal collection of Peter Groves 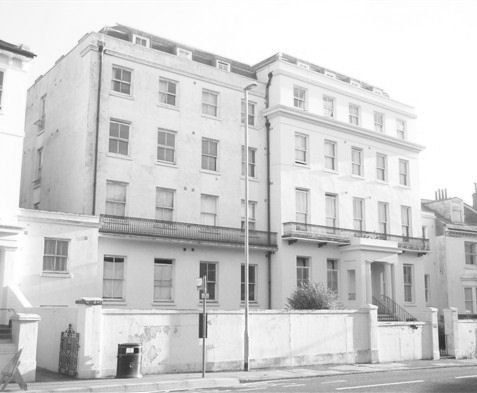 St Anne's
From the personal collection of Peter Groves

Walking from the Seven Dials towards Brighton Station one can’t help to notice the 1950’s low rise block of flats on the corner of Buckingham Place and Compton Avenue.  It made me consider how the unseemly 1950’s building came to be constructed amongst beautiful 1860’s built town houses and villas of the area?

The vicinity between Brighton Station and the Seven Dials was developed following the opening of the London to Brighton railway line in 1841.  To serve the religious needs of the area, All Saints Church was built for the Rev. Henry Wagner on the corner of Buckingham Place and Compton Avenue in 1853.  For some reason, probably financial, the tower was never completed.

Throughout WWII Brighton Station was a legitimate target for the German Luftwaffe aircrews.  It was during this period that number 49 Buckingham Place, opposite All Saints Church, and close to Brighton Station, was used as a children’s home.  St Anne’s Home for Invalid and Crippled Children was overseen by a Catholic order of nuns, The Poor Servants of the Mother of God; the order had been founded in 1872.  During an air raid on Monday October 12th 1942, a bomb was dropped in Buckingham Place adjacent to both All Saints Church and the children’s home.  It skidded along the road before detonating on the wall overlooking Brighton Station.  Blast damage affected both the children’s home and the church, from which they would not fully recover!

All Saints Church had been in decline before the war; it was seriously affected by the blast, which had blown out the beautiful huge stained glass window, this hastened further decline.  The church was finally demolished and in 1957 the low rise block of flats Buckingham Lodge was constructed on the site.

Following the war, in 1948 the children’s home moved to Lansdowne Road, however, that was not the end of the buildings philanthropic connection.  Many years were to pass before a most unlikely “good samaritan” purchased the property.  It was in 1994 that eccentric Brighton WBO boxer, Chris Eubank purchased St. Anne’s House, which he called Buckingham Palace.  He knocked down the interior whilst keeping the grade II listed façade intact, and built 69 flats. The building was leased to the charity Sanctuary Housing Association with the lowest rents in the country.  While he was widely applauded for his philanthropic action in 1994, some years later he was harshly criticised when he sold the building to a property investment company.

Today the beautiful building which was once the children’s home is still called St. Anne’s,  Just across the road, old flint wall which once surrounded the church is still in place, but now surrounds the 1950’s flats.  Probably few people realise the past history of these two adjacent sites, their religious connections, and how they were both adversely affected by WWII.