You are here: HomenextPlacesnextStreetsnextBartholomew'snextEast Street Arcade

The creation of this shopping arcade in the early 1960s involved demolition of premises occupied by probably the oldest established business in Brighton. Wallis, Holder & Lee had been in Market Street, at 14 & 15, since 1804 when the business was started by Mr Isaac Bass. They vacated the premises at Easter 1959, but it was a little later when the shop at the rear at number 2 Bartholomew’s was acquired and demolition went ahead.

Click on the photograph to open a large image in a new window. 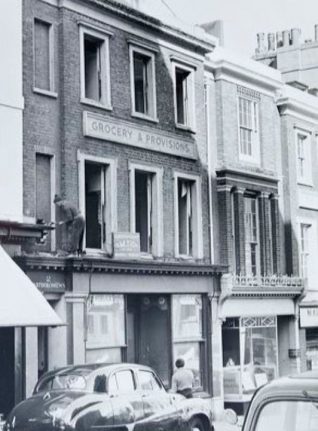 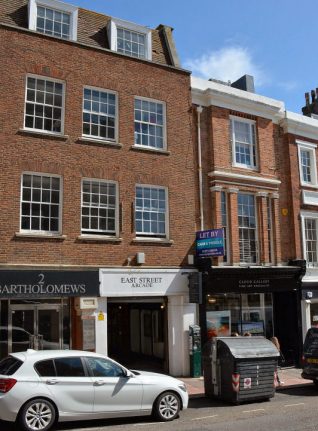 Originally called Regent but renamed East Street Arcade, it was opened in 1962 on the site of Warden’s Buildings, a group of warehouses named after Francis Warden who bought land in the area in the late eighteenth century. The site was anciently known as the Mockbeggar’s Croft, a field probably connected with St Bartholomew’s Priory.