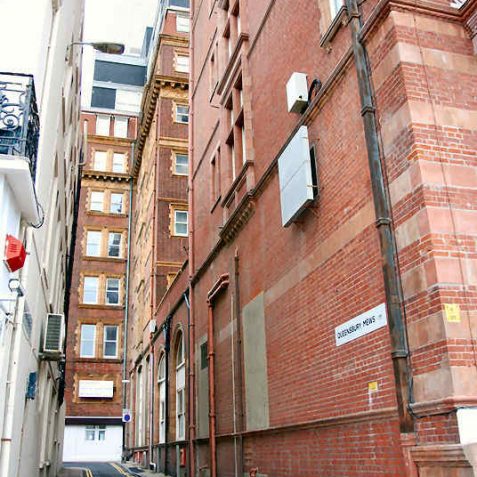 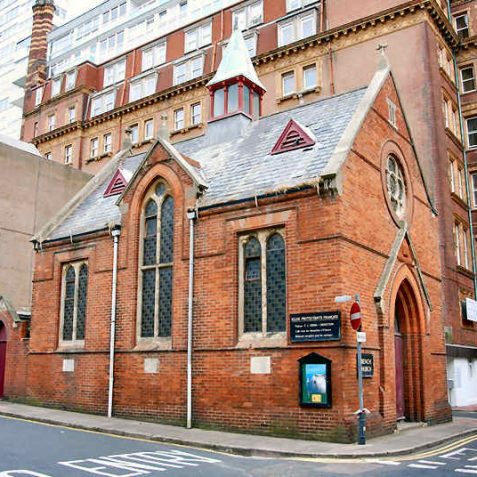 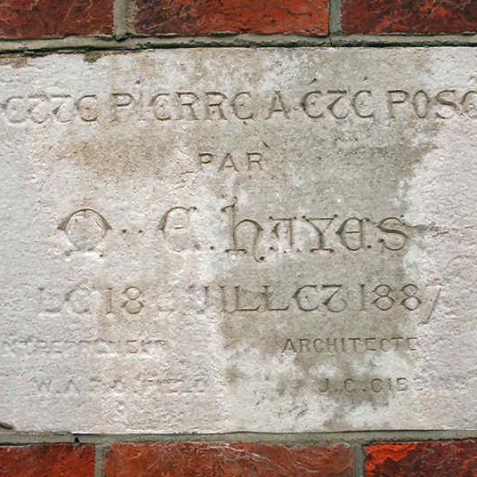 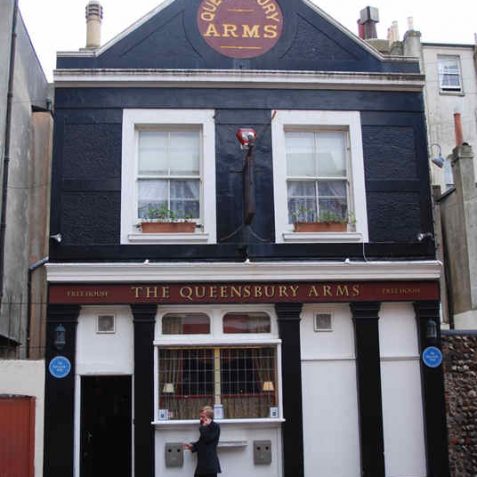 l) QUEENSBURY MEWS: This service road for the eastern side of Regency Square is now dominated by the Metropole Exhibition Halls, but at the southern end stands the Eglise Prostestante Reformee Francsaise (French Reformed Church), a very small chapel built in red brick by J.G.Gibbins and one of only two such churches in England; the other is in Soho Square, London. The congregation is said to have been founded in about 1550 by the Flemish martyr Deryk Carver, and met at a number of locations including the Union Street Chapel and, from around 1860, the Royal Newburgh Rooms until the permanent church was erected in 1887. The foundation stone was laid by a Mrs Hayes whose house, 18 Montpelier Villas, had also been used by the congregation. Services are conducted by visiting ministers.