You are here: HomenextPlacesnextCivic buildingsnextWorkhousesnextEast Street had the first 'poor house' in 1690 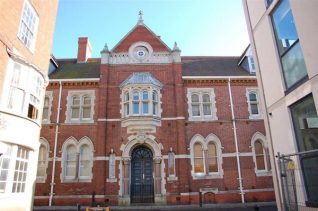 zoom
The former Parochial Offices in Princes Street: Guardians of the Poor worked from here until 1930
Photo by Tony Mould

a) EAST STREET: The first record of a poor-house at Brighton dates from 1690 when a tenement in East Street was set aside for the purpose, as required by the Poor Law Act. Nothing else is known of its history, though. {7}

b) MARKET STREET: Encouraged by Knatchbull’s 1723 Workhouse Act authorising the enforcement of labour on the poor in return for relief, the Brighton parochial officers erected a new poor-house on the western side of Market Street in 1727, a building that came to be known as the Town Hall. It took in the sick, the aged, and poor children, and the inmates were expected to make their own clothes and prepare their own food. The building could accommodate about thirty-five people and included a kitchen, workroom, pantry, brew-house, two cellars and bedrooms; it also housed the town scales and a dungeon for wrong-doers. In 1733 a portion of the adjoining almshouses, which were built at the Reformation on the site of St Bartholomew’s Chapel, was added to the workhouse.
As the town grew so the number of poor increased, and the workhouse was enlarged again in 1800 to accommodate 150 inmates, all of whom were given brown uniforms to wear. The 1810 Brighton Town Act passed responsibility for poor-law to thirty ‘Directors and Guardians of the Poor‘ and they soon made certain ‘improvements’ to the workhouse diet in the interest of economy.  However, by the 1820s the building was too small for its purpose and it was demolished in 1823 by the town commissioners. {6,7,14,112}