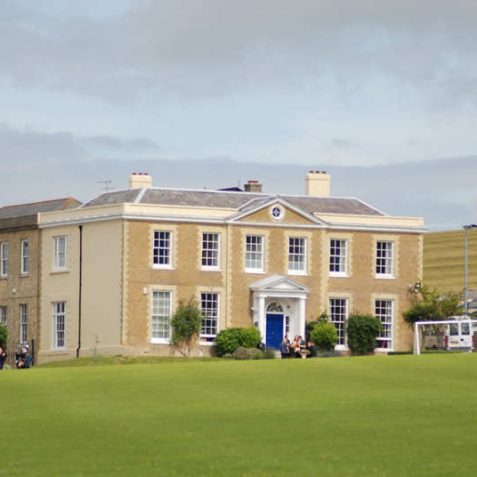 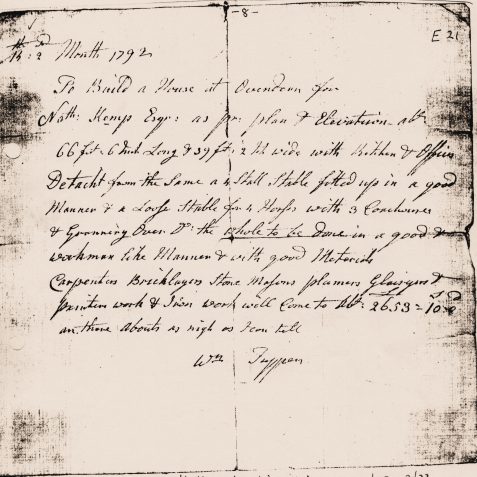 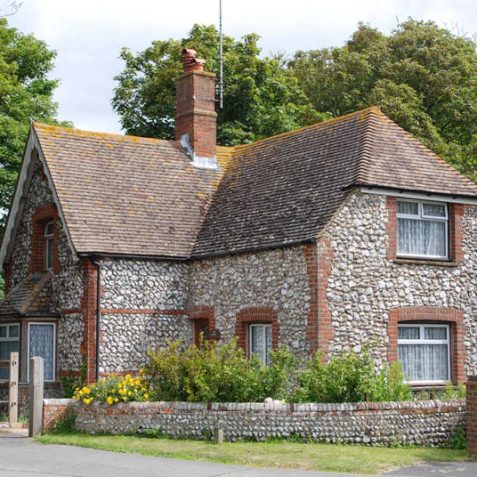 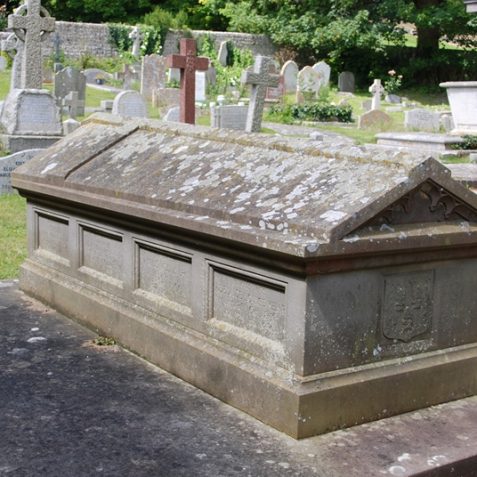 d) OVINGDEAN HALL: This fine, late-eighteenth-century mansion is approached along a private road from the New Lodge at the bottom of Ainsworth Avenue. Faced in light-yellow mathematical tiles , the house has a pediment and an impressive Doric doorway, and is now used as a voluntary residential special school for the aurally handicapped. It was erected in about 1782 for Nathaniel Kemp, the uncle of Thomas Read Kemp , who lived there until his death in 1843. He is buried in St Wulfran’s churchyard along with his son, Charles Kempe (1838-1907), the stained-glass artist. {1,44,47,64a,306}