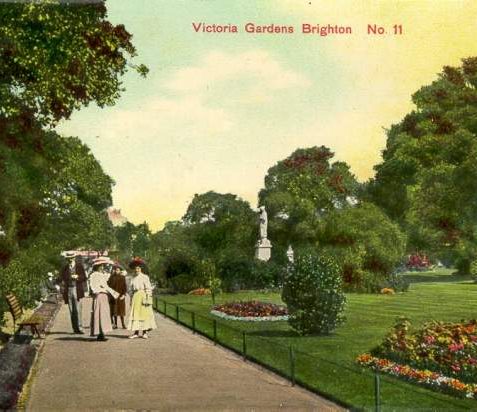 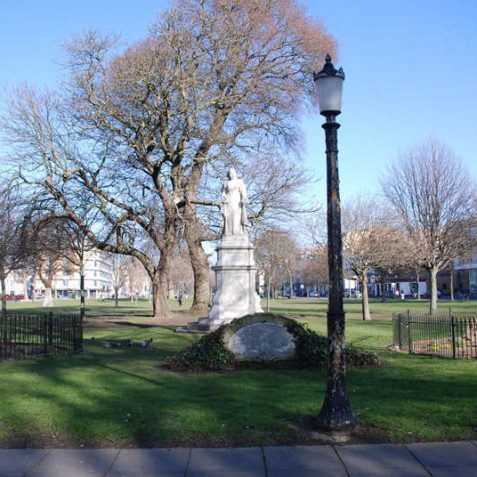 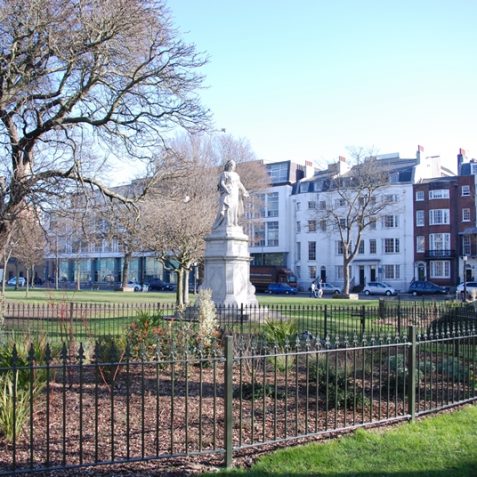 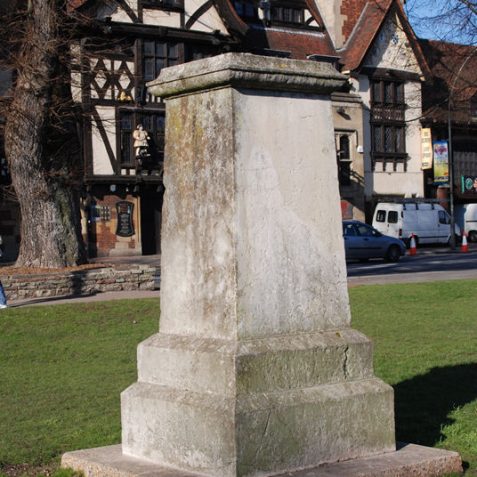 One of the two remaining empty plinths in Victoria Gardens.
Photo by Tony Mould

b) SOUTHERN ENCLOSURE: This part covers 2.12 acres and, until about 1922, was enclosed along the perimeter of the roadway by tall iron railings with the present pavements as interior walkways. It was then remodelled to its present form with dwarf fences along the inner edge, a layout now more ornamental than accessible. The gift of the trustees and the dedication by the mayor is recorded by a plaque at the southern end, where also stands the listed marble statue of Queen Victoria, designed by Nicoli and presented to the town by Sir John Blaker at the opening of the gardens on her diamond jubilee in 1897. In the garden also are two blind plinths which once bore allegorical figures. Originally five in number, they represented ‘Morning’, ‘Welcome’, ‘Fidelity’, ‘Truth’ and ‘Night’, and were presented in 1897 by Sir Edward Sassoon; one plinth went to Preston Park , one to the Wild Park and the fifth was ‘lost’ along with the statues.
At the northern end stands the Mazda electric fountain , given to the town in 1930 by Thomson-Houston Ltd following an exhibition. On 1 October 1987 it was switched on again following several years of disuse to delight passers-by with its multicoloured illuminated cycle and 35-foot jets of water. {44,115,123,124,126,128a,311}