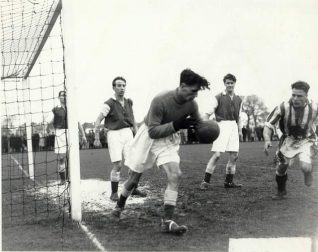 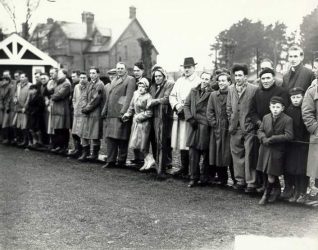 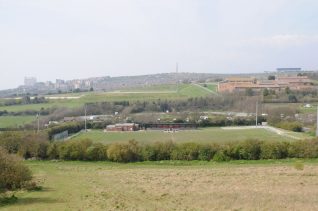 e) WHITEHAWK FOOTBALL CLUB: The premier football club actually playing within the boundaries of Brighton was founded in 1945 as Whitehawk and Manor Farm Old Boys F.C. and initially competed in the Brighton League, but after winning the Sussex Senior Cup in 1951 the club was elevated to the Sussex County League (SCL) in 1952. The team achieved consistent success in the 1950s and early ’60s, finishing out of the top six only once from 1953 until 1964, but they have been relegated twice since, in 1967 and 1977, although promotion was gained after one year and four years respectively. Many trophies have been won, and there have been several successes at junior, intermediate and youth levels as well. In 1960 the club became simply Whitehawk Football Club and opened a new clubhouse in September 1980. {123,216,217}

The club has achieved the following honours: