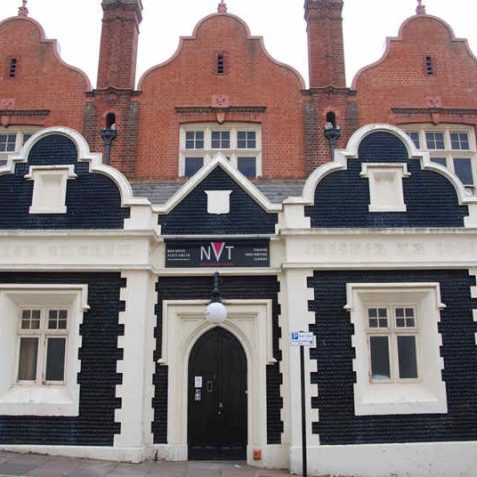 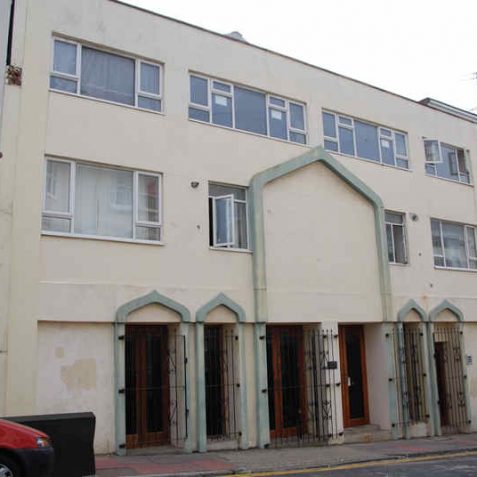 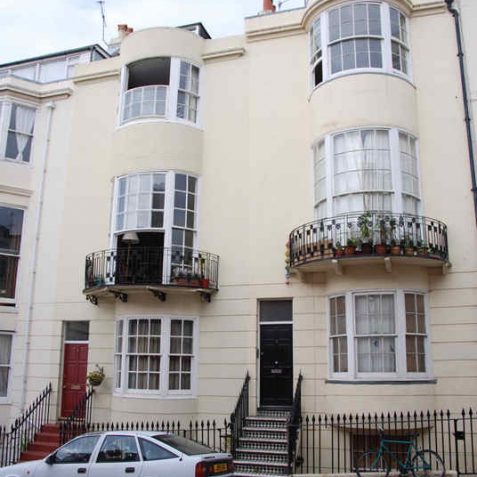 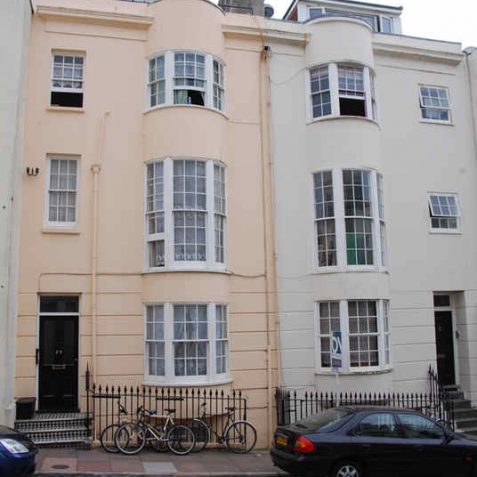 BEDFORD PLACE: A road of mostly three-storey houses, with the bow-fronted nos.2, 3, 7, 25 and 26 included on the borough council’s local list of buildings of special interest. On the eastern side stands the former Christ Church School, a listed building built in 1841 for Revd James Vaughan. The original cobble-fronted building, with its Dutch gable, has a red-brick extension of the 1900s. It continued as a school until about 1948, but since about 1958 has been used by the New Venture Theatre Company. It was also a church hall until the adjacent Christ Church in Montpelier Road was destroyed.