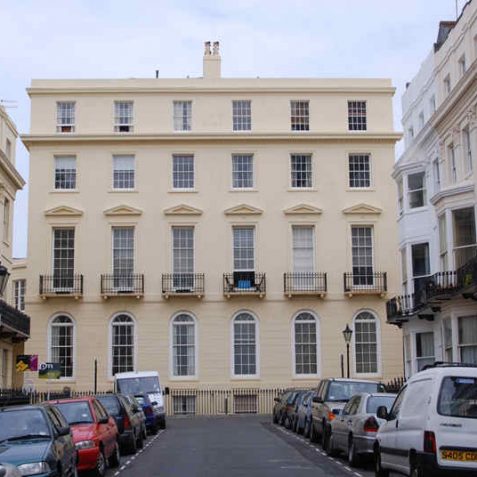 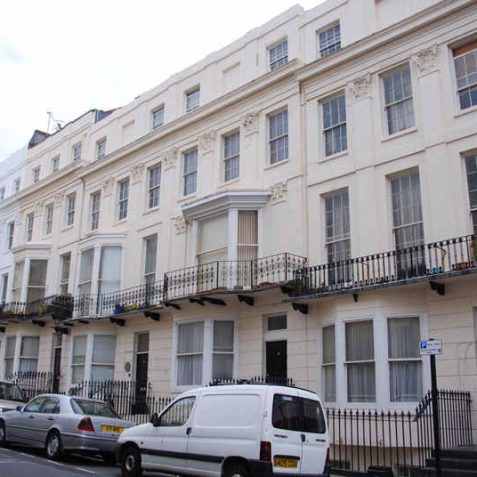 East side of Cavendish Place
Photo by Tony Mould 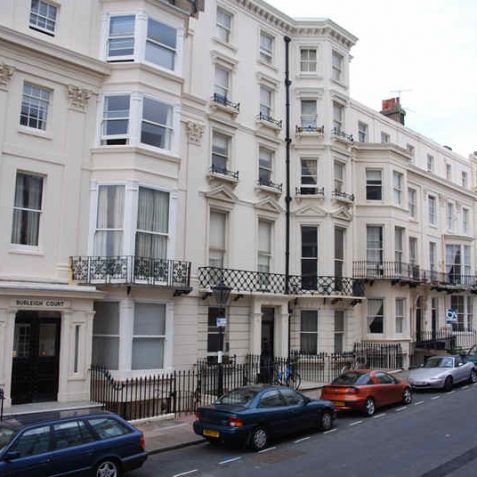 West side of Cavendish Place
Photo by Tony Mould 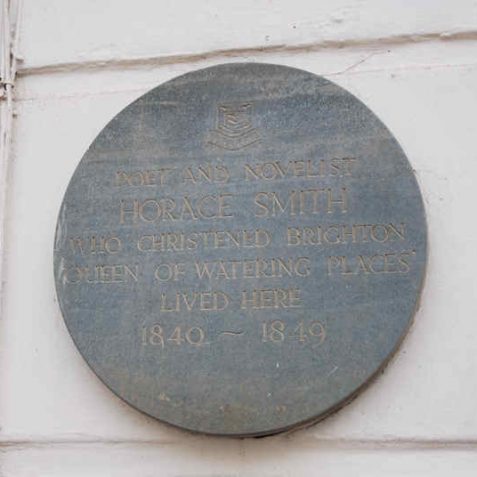 d) CAVENDISH PLACE: Built in about 1829 by A.H.Wilds, this cul-de-sac is lined with four- and five-storey houses adorned with balconies and Corinthian pilasters, all listed except nos.3 and 14; nos.5-6 also have bows. No.6 has a plaque to the Irish dramatist Dion Boucicault who lived there from 1862 until 1872, while no.12 was the home of writer Horace Smith from 1840 until 1849. At the top of the road stands The Curzon, a most elegant listed hotel with ironwork balconies; it was originally two separate residences known as the Cavendish Mansions.