You are here: HomenextTopicsnextViews of the city: images & opinionsnextI really like Kemp TownnextBuilding commenced in May 1823

Building commenced in May 1823 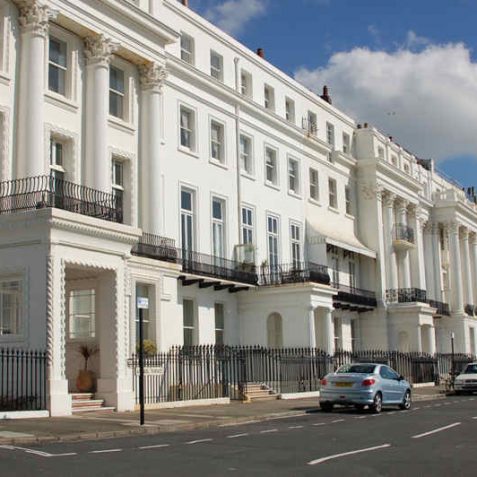 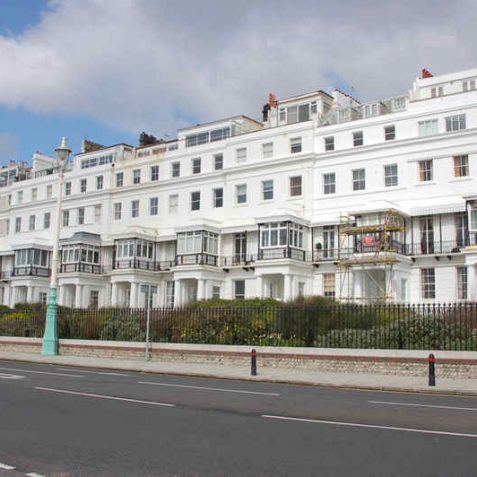 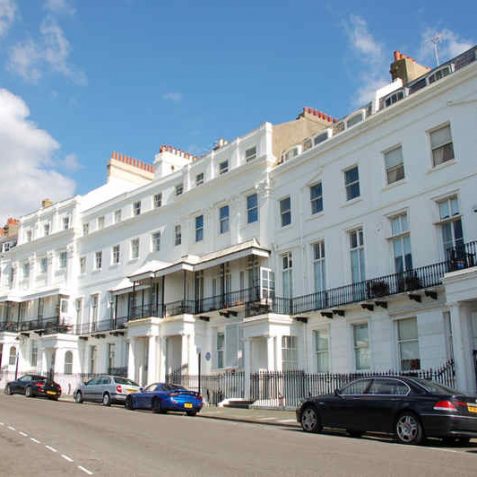 The name Kemp Town is now applied generally to the area east of Rock Gardens, and has also been given to the parliamentary constituency which includes that half of the borough to the east of Old Steine , Grand Parade and Lewes Road . The original Kemp Town estate, however, consists of the grand houses of Arundel Terrace, Chichester Terrace, Lewes Crescent , Sussex Square, and their associated service roads; the history of that estate is now detailed below. Note that in 1908 the Kemp Town ward was renamed ‘King’s Cliff’ in honour of Edward VII and the council also tried to encourage the use of the new name for the whole district. (The Churches of St George and St Mark were also associated with the estate; see “St George’s Road” and “St Mary’s Hall” respectively.)

a) DEVELOPMENT of the ESTATE: The grade I-listed estate, an outstanding conservation area, was built in an isolated position for Thomas Read Kemp in an attempt to improve his finances by providing high-class housing for the growing town. Architect Charles Busby and his building partner Amon Wilds were commissioned to develop the estate, and work commenced in May 1823. Busby’s original plan called for two more squares and a total of 250 houses; however, the final plan included only 106 houses.
Construction was initially slow because of a lack of finance. The first houses were occupied in 1826, and the fa..cs.ades of the square and crescent were finished in 1827 but most were mere skeletons to be fitted out by the purchasers. The houses sold slowly, mainly owing to their then isolated position, and only eleven were occupied in 1828, and thirty-six by 1834. A horse-bus service to the railway station from 1840 helped to end the isolation and sales picked up, although the estate was not completed until about 1855.

The Kemp Town estate was governed by deeds and covenants, rather than by a local Act of Parliament as at the Brunswick estate . A management committee was established in 1828 including Kemp himself and builder Thomas Cubitt; the Revd James Anderson, curate of the estate’s Chapel of St George , was honorary secretary from 1832 to 1853. From 1865, two members were voted onto the committee annually. In 1903 Lord Rendel acquired about twenty of the houses and converted them into flats, a trend that continued until nearly all the houses had been converted by the 1960s.