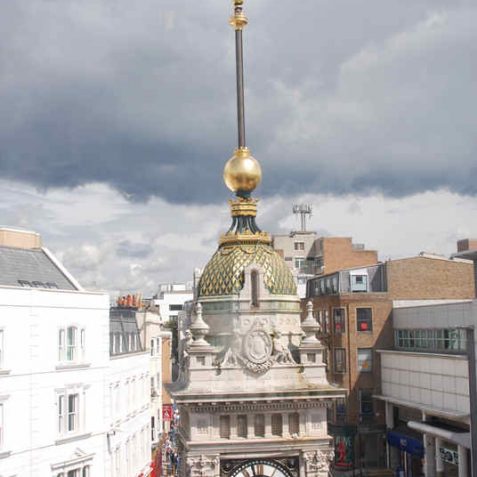 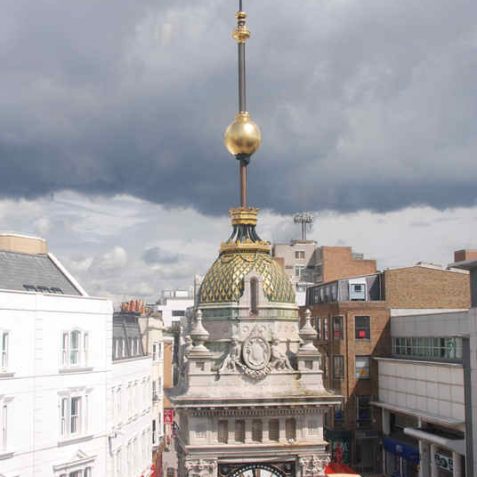 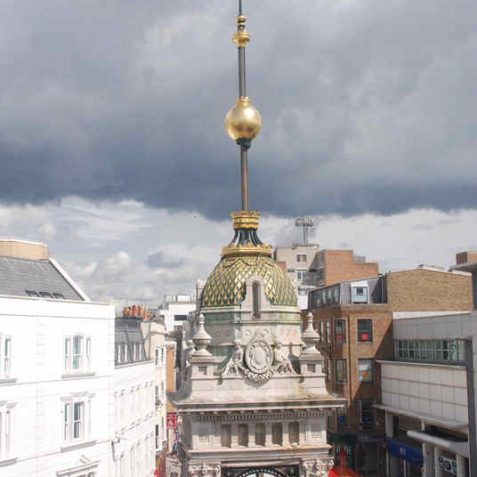 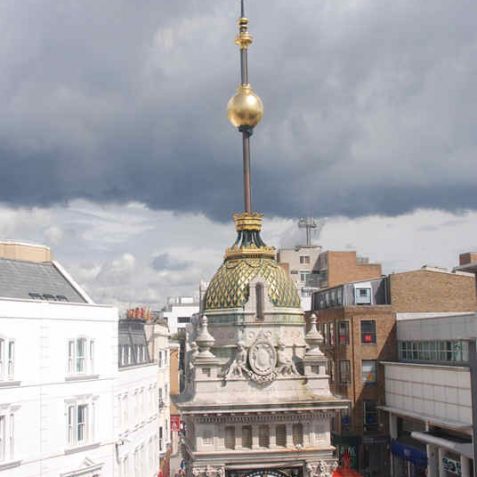 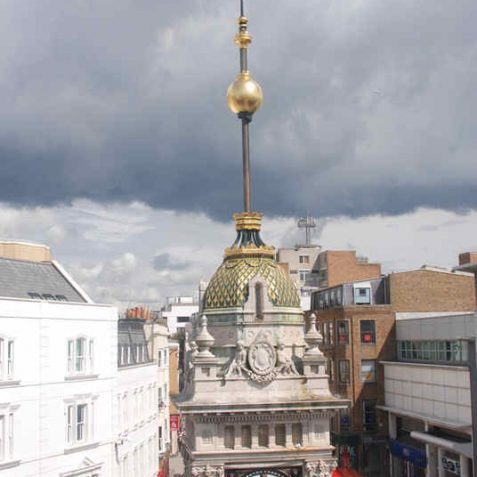 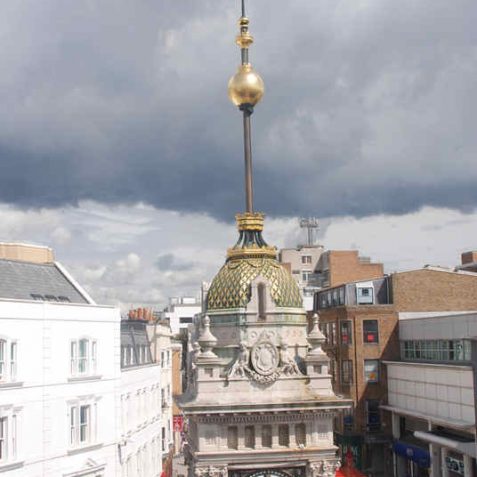 Brighton’s Jubilee Clock Tower was built, in 1888, to commemorate Queen Victoria’s golden jubilee the previous year. It cost £2,000, and despite architectural criticism, and proposals for removal, it is still a focal point for the city.

Clock watchers
In recent times the Clock Tower and its famous mechanism has been the object of discussion here at My Brighton and Hove.  If you look here you will be able to read the comments of clock watchers in its vicinity who have taken great delight in charting the movements of its famous gilt copper sphere.  This time ball, one of Magnus Volk’s inventions, was designed to rise hydraulically up the mast and then fall down on the hour. Unfortunately the mechanism made a lot of noise and was the subject of complaints. There were even worries that the foundations of the Clock Tower were at risk from the vibrations.

A nostalgic reminder
Today, refurbished and resplendent, the Clock Tower is a nostalgic reminder of days gone by, and stands aloof from the rush of the modern day city which streams around it. As to the famous gilt copper sphere, there are many who doubt that it does actually move.  To prove the point, we dispatched our trusty volunteer photographer, who positioned himself, to catch the event. So for all those who did not believe it – here is the proof – and remember, the camera never lies!

Editor’s note
It seems that not all our visitors took us at our word that our trusty volunteer photographer had successfully shown that the Clock Tower ball mechanism does actually work.  So – with thanks to Waterstone’s book shop at the Clock Tower, who allowed our photographer to camp out waiting – we bring you more photos.  These are real – undoctored – unprocessed.  The Clock Tower golden ball is indeed ‘alive’ and well – honest!