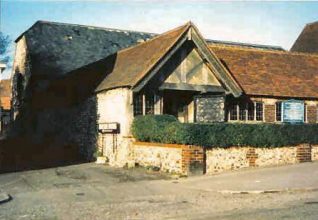 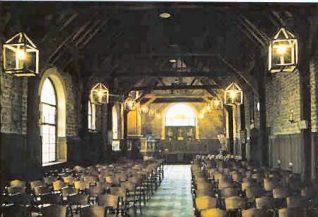 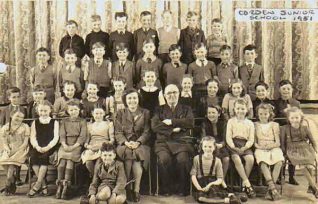 Postwar temporary school
In the post war years of 1946-1947, Carden school had yet to be built, so Patcham barn was used as a temporary school for many of the younger children moving into the new Hollingbury estate. I went to school there as a five year old child, but apart from the original “bull’s eye” windows on the doors, the stacks of old furniture in the hallways and a very distinctive and rather unpleasant musty smell.

Out of school activities
I remember little about the building itself. What is more embedded in my mind is the journey too and from school behind the houses in Ladies Mile Road, many of which had apples to scrump and disused air raid shelters to play in. At school we made pom-poms by winding wool round two back to back cardboard milk bottle tops and listened to our teacher read from Enid Blyton’s “Wishing Chair.” After Carden was completed and the overspill children left, the barn remained as a community building and for some years served as the local youth club.

Demolition problems
Although 16th century or earlier, in those days few of us ever thought of quibbling when we were told the barn had to be demolished because it was unsafe. I later found out that it was so unsafe that the weeks planned for its demolition became months and that the central centuries old oak posts supporting the roof were so strong they had many of the qualities of reinforced concrete. I believe that the demolition company had such a geat difficulty cutting or burning them, they eventually had to tow several of them away almost complete and bury them somewhere.