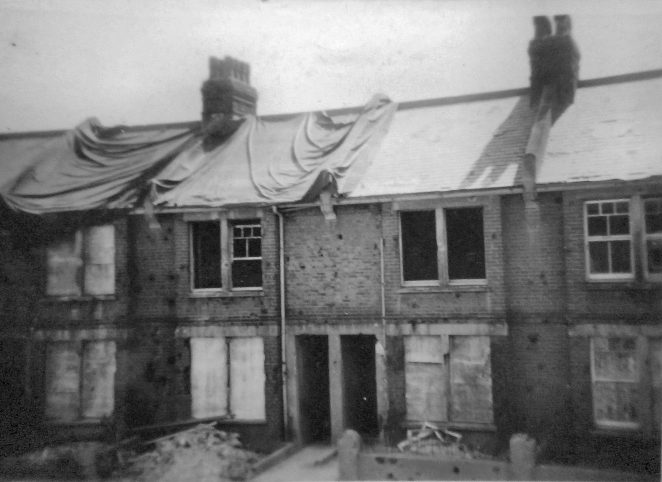 I have a very vivid recollection of an event which happened in Bennett Road when I lived there during WWII; I was just seven years old at the time. I am not exactly certain of the date, but I believe it was May 1940. On this particular day I was in bed but was woken at about 6.30am by a deafening explosion. I instinctively pulled the blankets over my head, which was a good thing because seconds later the ceiling came down over me.

I was covered in rubble

Minutes later my Mum came rushing into the bedroom; as she told me later, she had feared the worst and thought I had been killed or even badly injured. Apparently I was covered in rubble from all the debris of the ceiling but otherwise I had not been injured. My mum carried me downstairs and shut me in the cupboard under the stairs. This had previously been our coal cellar but had been cleared out to make a bomb shelter of sorts. 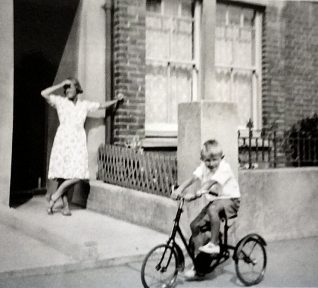 My mum and me outside our house

I remember that I was left in the cupboard for some considerable time because my parents thought that was the safest place for me while they helped friends and neighbours to clear up the damage. Apparently three bombs had straddled across our street, demolishing two houses. Many other houses in Bennett Road had all of their doors and windows blown out in the bomb blast. Many slate roofs were also badly damaged. I had had a very lucky escape that day.