The parish of Preston 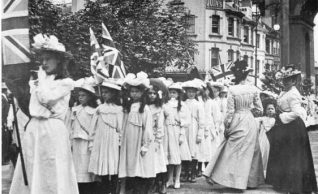 The parish of Preston was only one mile north to south at its widest point, but it stretched 3.2 miles from Nevill Road in the west to Race Hill in the east, and covered an area of 1,308 acres. The southern boundary ran roughly along the line of Old Shoreham Road , New England Road, Viaduct Road, Ditchling Road , Hollingdean Road and Bear Road , while the northernmost point was reached at Hollingbury Rise West. On 31 October 1873, with the population over 2,500, that part of the parish to the east of Dyke Road was added to the borough of Brighton for municipal purposes only; the parochial boundary remained unaltered until 1894, when that part of the parish to the west of Dyke Road (i.e. the part not within the borough) was constituted as Preston Rural parish in Steyning East rural district, leaving the part within the borough as the new parish of Preston. On 1 October 1923 94 acres of Patcham , the South Moulsecoomb estate, were added to both Preston parish and Brighton county borough. At the creation of ‘Greater Brighton’ on 1 April 1928 Preston parish was absorbed from the Steyning Union by Brighton for parochial purposes as well, while the parish and borough of Hove annexed Preston Rural. {1,38,109}
In 1970 Preston village was designated a conservation area, which was greatly extended in 1977 to include the large area of high quality, late-Victorian red-brick and stucco housing eastwards to Ditchling Road . In 1988 the conservation area was split into Preston Village and Preston Park conservation areas; the former includes the village and, confusingly, the park, while the latter covers the Victorian and Edwardian areas. For more information on Preston village refer to the following entry. {1,15,147,148}