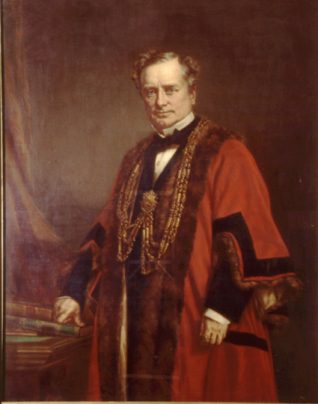 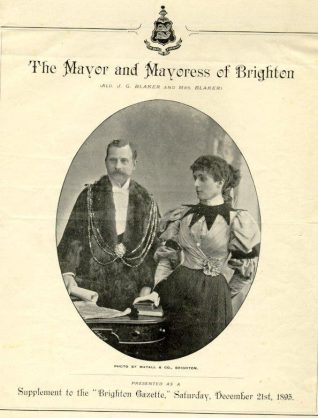 Since 1854 Brighton has been a chartered borough with a council chaired by a mayor, who, in the absence of royalty or the lord lieutenant, is also the sovreign’s representative in the town. Brighton’s first mayor was Lieutenant-Colonel John Fawcett who was elected at the first council meeting on 7 June 1854. The only person to have been mayor four times was John Brigden, in 1863, 1864, 1873 and 1874, but John Cordy Burrows was the first to be mayor both twice and three times. The first woman to become mayor was Miss Margaret Hardy in 1933.
A complete list of Brighton’s mayors is given below; many names will be familiar with streets, roads, parks and flats named after them. Note that the dates shown refer to the year in which the mayors took office.