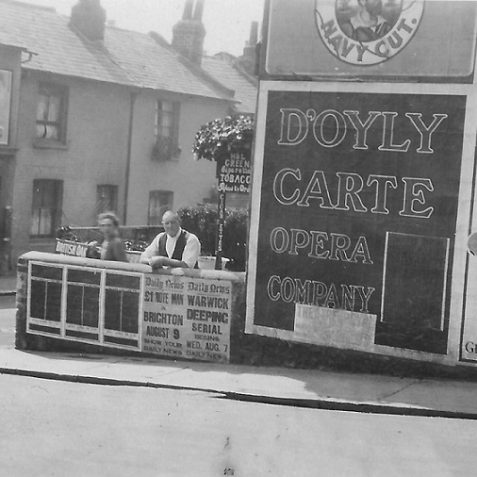 Corner of Tidy Street?
From the private collection of Derek Green 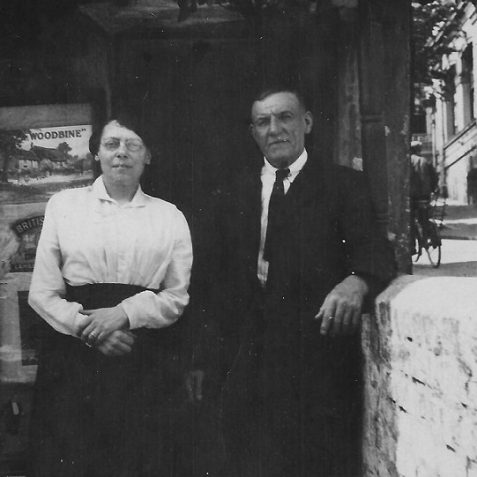 Mr and Mrs Green
From the private collection of Derek Green 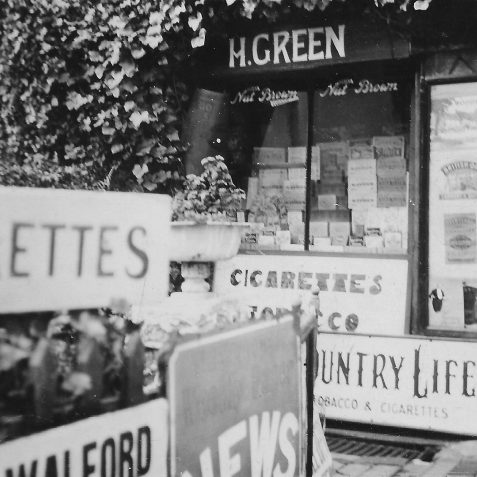 Anyone for a fag?
From the private collection of Derek Green 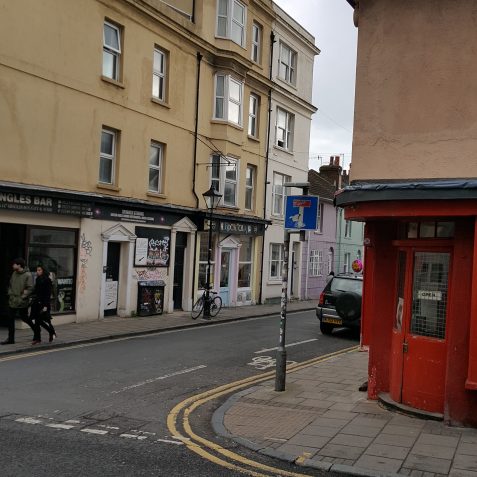 Along with the photo of Soper’s which you can see here, my brother-in-law Derek Green also came across these photos while sorting through some old family papers.  The photos date from the mid to late 1920’s and show the family tobacconist, which we were led to believe was on the corner of Tidy Street and Trafalgar Street.  However the first and last photo show no comparison at all; in fact it’s a mystery!

The Daily News advert “£1 Note Man in Brighton 9th August” reminds me of Fred Hale/Kolley Kibber and Brighton Rock.  Poor old Fred Hale, murdered by Pinkie because he knew too much about the slot machine racket in Brighton.  Perhaps Pinkie even brought his cigarettes at the tobacconist, before the chase through Brighton for Fred!

There are some other clues as to the location, possibly most revealing is the name Carvell on the shop opposite; where was this?  The slope to the side of the shop is similar to that of Trafalgar Street.  Further up the slope, to the left of the man on the bicycle, could be buildings of the old Railway Goods Yard.  If it is Tidy Street, the basement light well seen below the sign for Country Life, must now be built over.  The patio of the coffee shop on the corner of Kensington Place looks a more promising location, however the houses opposite are far too grand in comparison to the drab houses next to Carvell’s!