A tremble of fear 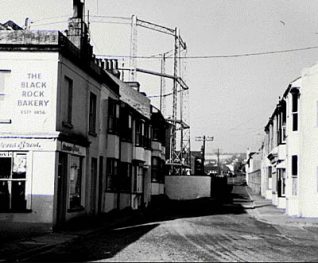 In my early childhood during World War II, I lived at Roedean, and Black Rock was central to my life through to 1950 when I left Brighton. My maternal grandmother lived at Black Rock Farm cottages, until evacuation as the cliffs eroded and eventually crumbled into the sea. Later, with grandmother on the Undercliff Walk, she pointed out flowering phlox on the clifftop, a legacy from the garden there.

Bombs hit the gasometers
I attended St Mark’s School (Headmistress Miss L G Reddick), until the bomb damage when we were transferred to Whitehawk while repairs were made. We returned and I completed my primary education there in 1947. On another German raid I was in Rifle Butt Road when bombs hit the gasometers and there was an almighty explosion. I still feel a tremor of fear when I pass the block of flats.

Opening of the Lido
After the war, the Lido opened, I had a season ticket and spent many happy hours there. Memories include special events in the pool: an astonishing first view in demonstration by swimmers with frog flippers, a log rolling demonstration and other aquatics.

The Marina: a blot on the landscape
It is so sad that a blot such as the Marina should stand while the lido was demolished. I still have a love for the Downs, and for East Brighton Park, where I played soccer, cricket and tennis.”