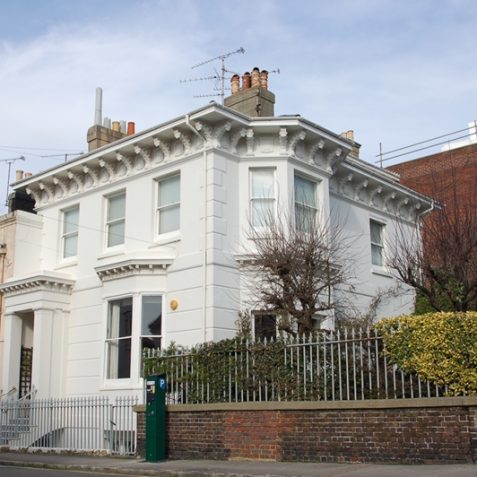 Fair Lee, once the home of Henry Abbey, Mayor of Brighton in 1875
Photo by Tony Mould 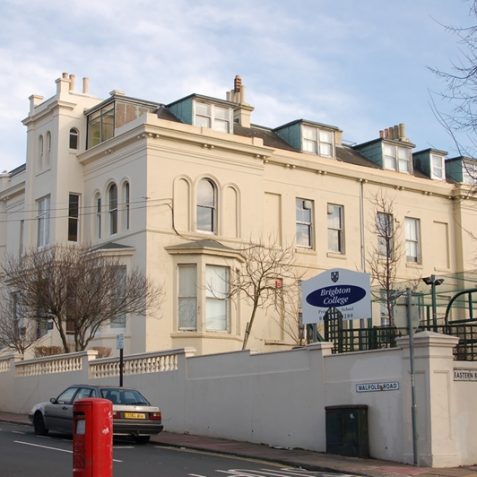 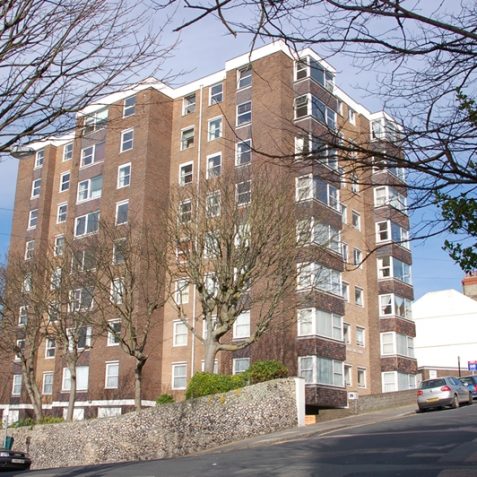 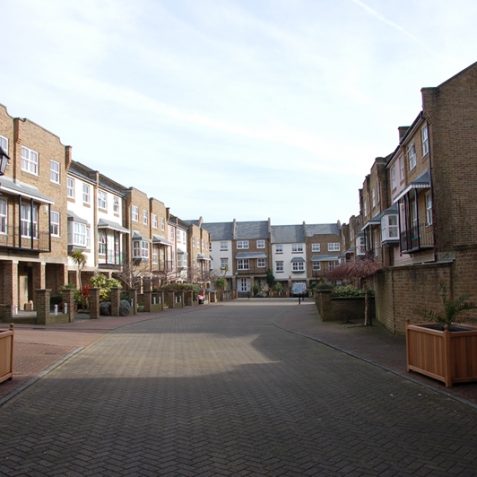 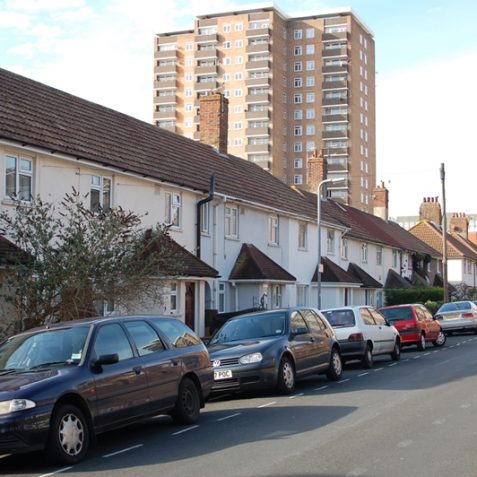 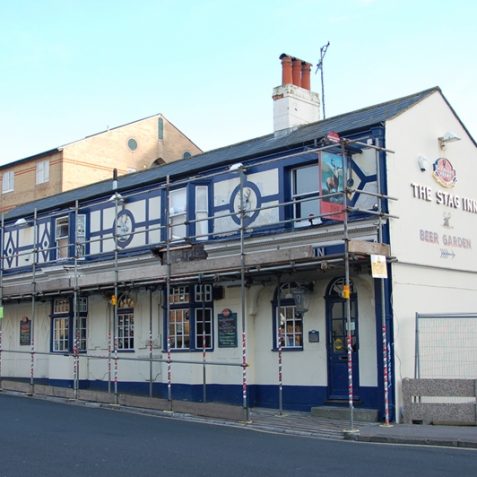 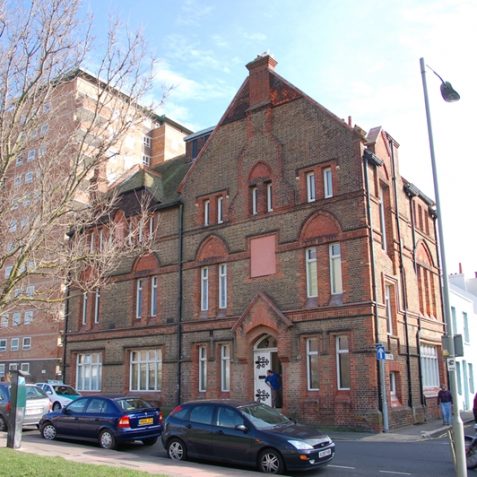 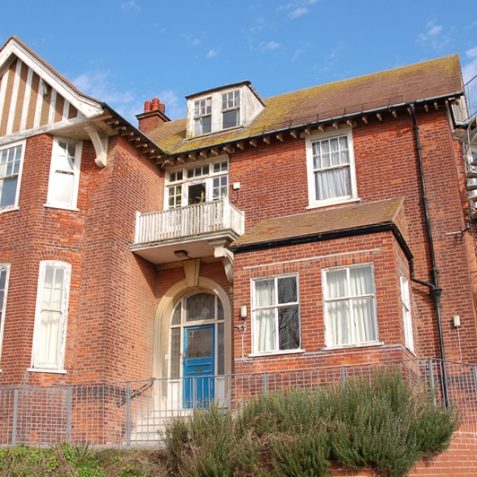 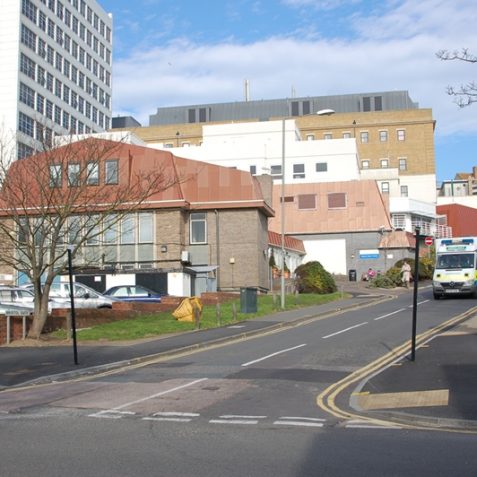 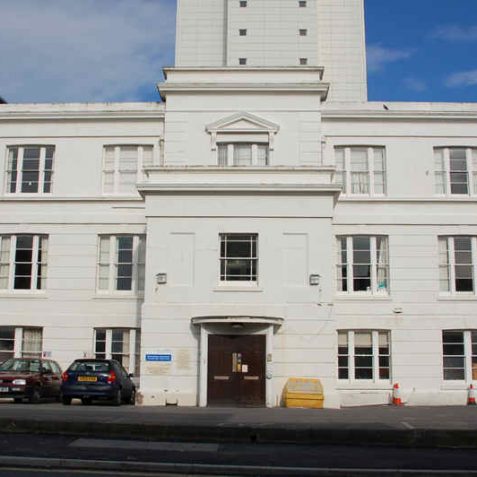 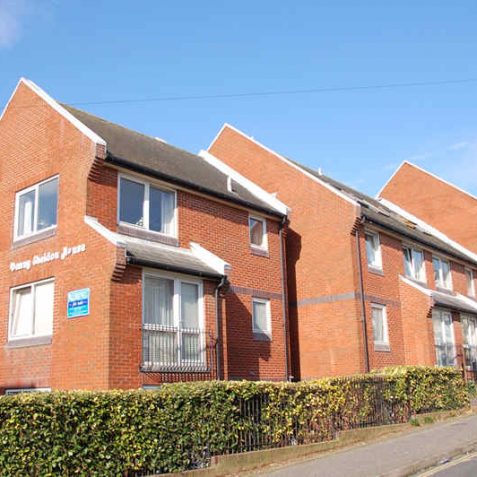 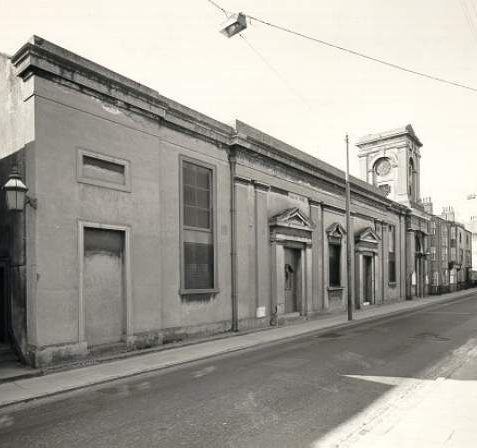 All Souls' Church: Church of All Souls, pictured from the north east, with overhead street lighting. All Souls' Church stood on Eastern Road. It was designed in plain classical style by Messrs Mew and built for Revd Henry Wagner between 1833-34. There were galleries on three sides, supported by slender columns and most of the sittings were free. In 1883 it became a parish church, and stained glass windows were added in 1903 and 1906 by Charles Kempe. In 1967 the parish merged with St. Mary and St. James, and the church was demolished in January 1968. Miles Court, a Church Army home, now stands on the site
Brighton and Hove in Pictures 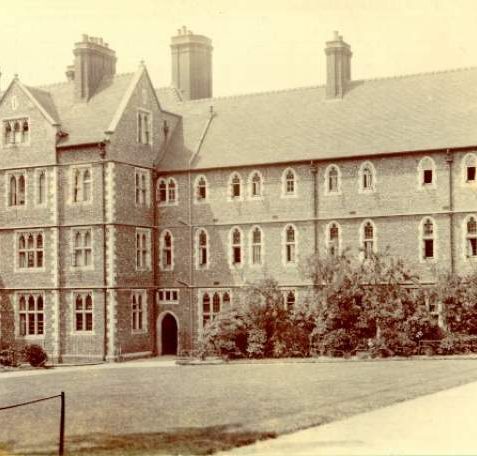 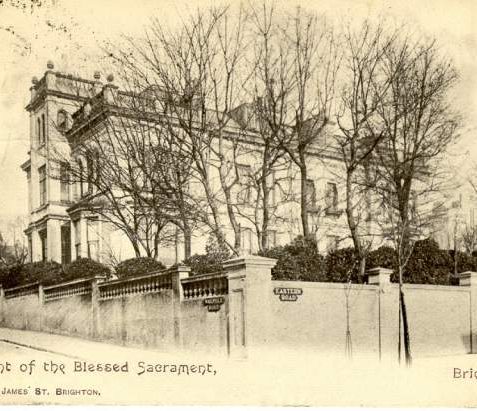 Originally a trackway leading to Black Rock,  Eastern Road developed into a main road to Kemp Town, and in the mid nineteenth century came to be lined with a number of important institutions together with some large villas and small but elegant terraces. The two surviving villas are Walpole Lodge, now Brighton College Junior School, and Fair Lee, now 17-19 Abbey Road and once the home of Henry Abbey, the mayor of 1875. Belle Vue Court was erected in Belle Vue Gardens in about 1968 on the site of the early-nineteenth-century Belle Vue Hall, once the home of William Percival Boxall, the developer of Percival Terrace; the Hall’s flint garden wall still remains, as does the gardener’s cottage behind 22 Walpole Road. {83,123}

In the 1960s it was planned to construct a dual carriageway along the line of Eastern Road as far as Chichester Place, before diverting along Bristol Gardens to Roedean Road; only the western part was ever completed, in 1971, but both sides of the road from Park Street to Sutherland Road have been cleared and partially rebuilt. Redevelopment of the slum housing around the Eastern Road and Upper Bedford Street areas started in 1926-8 with the rebuilding of Hereford Street, and continued into the 1930s before being halted by the war; the area was severely damaged in war-time air-raids. Clearances recommenced in the mid 1950s however, and were completed in the late ’60s and early ’70s with the erection of five council ‘tower blocks’. Still standing is the extended Stag public house, and, between Montague Street and St George’s Terrace, the former Pelham Institute, now used as a warehouse and by the Mid-Sussex Judo Club. Built in 1877 on the site of the 1829 Zion Chapel, it provided cheap accommodation, refreshment and recreational facilities for the working people of the eastern town. There was a large hall where services, lectures and concerts were held, but the institute closed in about 1959. {24,62,83,123,124}

The church serving this poor area was All Souls’  designed in plain classical style by Messrs Mew on the Eastern Road site now occupied by the Miles Court Church Army home. It was the first of several churches to be erected for Revd Henry Wagner, who laid the foundation stone on 29 July 1833, and was consecrated by the Bishop of Chichester on 4 April 1834. It was hemmed in on three sides by houses and had a clock tower over the western entrance; the interior had galleries on three sides supported on thin columns, and nearly all the 1,000 sittings were free. All Souls’ was enlarged and gothicised in 1858, and again in 1879 by Edmund Scott; it became a parish church in 1883 and had stained glass added by Charles Kempe in 1903 and 1906. In 1967 the parish was merged with St Mary and St James, and the building was demolished the following January. In connection with the church, the Countess de Noailles provided a workmen’s library and lecture room at 43 Essex Street in 1856 with room for 500 to 600 persons. {45,65,83}

a) INSTITUTIONS: The Female Orphan Asylum was founded in Western Road in 1822 by Francois de Rosaz, and later moved to the top of Gloucester Street where it now meets Sydney Street . In 1853 a new building was erected in Eastern Road which was used until 1936; no.2 Bristol Gate, Rosaz House, was then used as the Brighton and Hove Girls Orphanage, and is still used as a holiday home for deprived and handicapped children, although it is scheduled to close. The former asylum building still stands in Eastern Road however, and is now the Latilla Building of the Royal Sussex County Hospital . {6,24,83,123}

The Blind Asylum originally opened at St James’s Sunday school-room in October 1839, but moved to the Central National Schools in 1842. A new Blind School in Eastern Road, designed by George Somers Clarke, was opened on 22 October 1861, a four-storey, red-brick building in Venetian Gothic style. It closed in about 1952, but was needlessly demolished in 1958; the Royal Sussex County Hospital’s Charles Hunnisett Building now stands on the site. {6,24,123}

The Deaf and Dumb School was established in 1840, also at St James’s Sunday school-room. It moved to 12 Egremont Place in 1842, and to a new building built and designed by Cheesemans in Eastern Road in 1848, with a new wing added in 1854. From 1945 the building was used by Brighton College Junior School until it was demolished in 1971, initially for road widening but later replaced by Danny Sheldon House. {6,24,123,204}

Update
Rosaz House was named after Chevalier Francois de Rosaz, born in France around 1796. He made a fortune as a financier, but was also a Doctor. In 1822 he set up the original Female Orphan Asylum in Western Road. He performed similar charitable work in his native France, but around the 1850’s appeared to have settled in Brighton, living for many years in Arundel Terrace. Around 1853 the foundation he set up built a new Asylum in Eastern Road. He died on 21st September 1876. The present Rosaz house is a 20th century building in Bristol Gate, becoming Brighton Girl’s Orphanage in 1936 when the Eastern Road building was annexed as part of the Royal Sussex Hospital. In the 1930’s Miss Southon was the Matron and, Miss Parsons was matron through the 1950s, 60s and 70s.